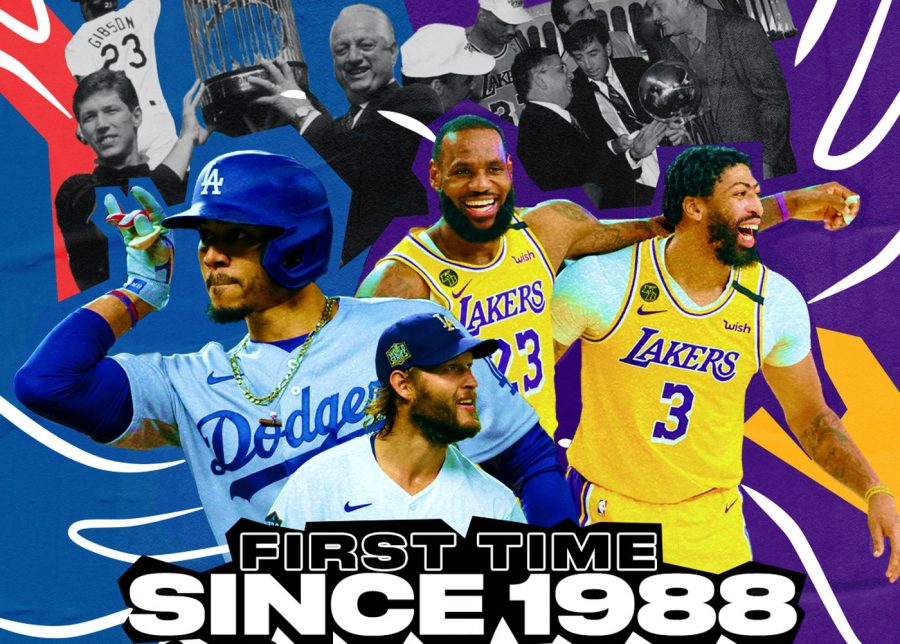 As the world continues to go through these tough times, no other city is happier than the City of Angels, at least at the moment.

“I was definitely filled with complete jubilation,” English teacher Marcos Sandoval said in reaction to the Dodgers’ first World Series victory in 32 years. “The last time they won I was only four years old. I didn’t understand what it meant, but now, I have much more appreciation for the win — it’s just so fulfilling.”

In the World Series, the Dodgers defeated the Tampa Bay Rays in six games to capture the championship after a comeback from 3-1 against the Atlanta Braves in the NLCS.

“I didn’t think a comeback was impossible,” said Sandoval. “But I was undoubtedly anxious about it.”

However, junior Aleea Bruno was confident and knew early on that the Dodgers would pull off the huge comeback—even with an ailing Clayton Kershaw,

The star starting pitcher had sat out with a back spasm since Game 2 of the NLCS. While it is true that he is a generational talent in the regular season, he tends to underperform in the biggest stages of baseball.

“When Kershaw went out with the injury, I knew they were going to win the World Series,” Bruno said. “If you notice, he gets worse in the playoffs.”

In the Orlando Bubble at Disney World, LeBron James and the Lakers captured the franchise’s 17th championship by defeating the Miami Heat in six games.

The championship was all the more special, because Laker legend Kobe Bryant and his daughter Gianna passed away in January in a helicopter crash in Calabasas.

“I’ve been a Lakers fan since 2010 when Kobe was around, and watched in more detail in 7th grade,” said freshmen Abbasali Fazal. “Personally, it means a lot to me, because they were able to overcome Kobe’s tragedy amidst a global pandemic.

“It’s extremely uplifting that they brought home the title since 2011 after a 7-year long playoff drought.”