Kamala Harris: A Mark in History for People of Color and Women 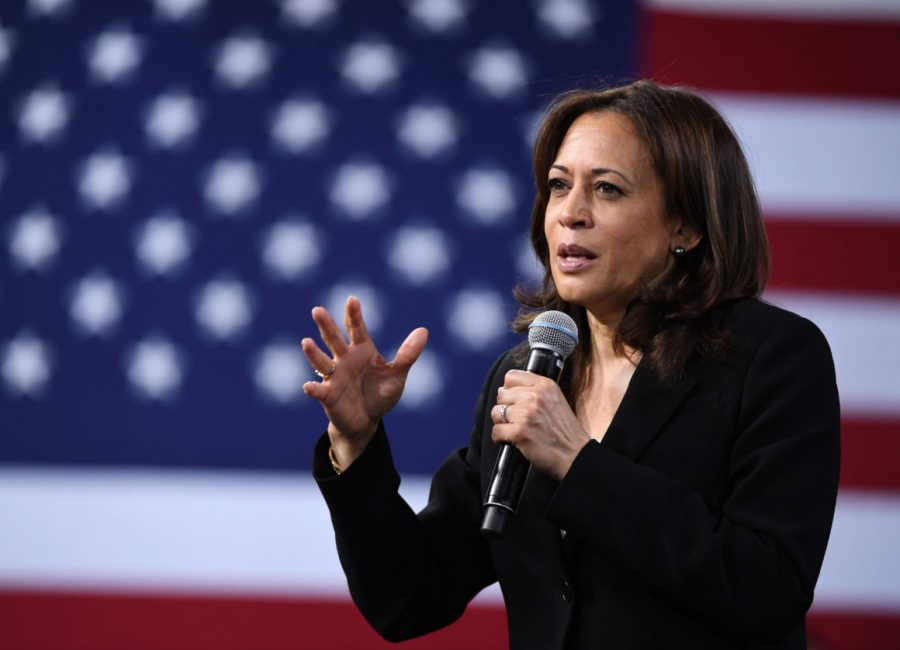 The 2020 presidential election was a nailbiter, with results being delayed for days after Election Day. After months of anticipation, many Americans were left wondering if Kamala Harris, Joe Biden’s running mate for his presidential bid, was an ideal partner in an extremely consequential election.

With election results finally in, America now has its first female biracial vice president. Beyond this unprecedented feat, what does this mean for our country?

According to history teacher Keli Arslancan, Harris’s entry into office means a lot for representation in American politics.

“I know representation matters,” she said, “but I also know that most progress happens outside of the White House.”

Given an extensive and controversial past in law enforcement, Harris’ career has called into question if she was a valuable leader to carry America out of the Trump era.

Harris’s election has now brought forth mixed feelings among American citizens, especially those concerned with human rights and social injustice during the Trump presidency.

“I feel that it is prudent to mention that my personal political views happen to be comfortably to the left of vice-president-elect Harris,” history teacher Ahsan Minhas said. “With that in mind, I do feel that her past judicial and policy decisions are a mixed bag.”

During her time as the District Attorney of San Francisco and Attorney’s General of California, Harris advocated for the right to refuse trans inmates to transition while in prison as well as working actively against Proposition K, which aimed to move money away from criminalizing sex workers.

In 2015, Harris argued that a trans woman in prison did not need “sexual reassignment surgery” and called it an “unnecessary” procedure. She did this despite testimonies from trans inmates about their depressive and suicidal tendencies because of their inability to transition.

Then, in her fight against Proposition K, Harris went as far as to say that sex workers widely contributed to HIV/AIDS. Advocates of the proposition argued against this assertion, defending their position by saying that if sex workers have proper protection, the rates of these disease would decline; however, this would only be possible if their work was decriminalized.

With that in mind, Harris has also made decisions that have been received positively.

For example, during Harris’s time as a DA from 2004-2011, she opposed both Proposition 22 and Proposition 8, which limited marriage to just one man and one woman. She also officiated the wedding for the very first gay couple to wed in San Francisco when same-sex marriage became legal there in 2012.

During Harris’s tenure as AG, she prosecuted transnational gangs known for trafficking drugs, firearms, and humans. She has also openly criticized the Trump administration for focusing more on drug charges than transnational crime organizations and human trafficking.

Another topic of conversation that Harris has spoken on is gun control. Harris has said that, if elected, she would mandate universal background checks. She would also work towards revoking the licenses of prosecuting gun manufacturers who break the law, closing a legal loophole in order to prevent those convicted of domestic violence from purchasing a firearm, and banning AR-15-style assault weapons from being imported into the country.

“We need reasonable gun safety laws in this country, starting with universal background checks and a renewal of the assault weapon ban, but [Congress] has failed to have the courage to act,” Harris said.

With Harris in office, Minhas said that Harris’s entrance into office is a victory for diversity.

“However, I remain an optimist about such things because, as Oscar Wilde once remarked: ‘Every saint has a past and every sinner has a future,’” he said.