Opinion: “Selena: The Series” At Risk Of Missing The Mark—Even Before Its Release 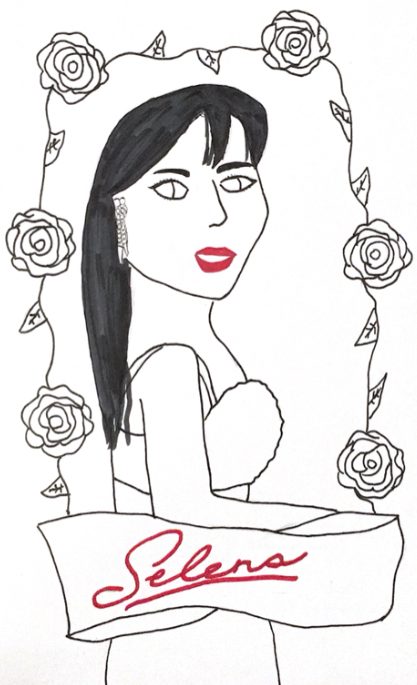 Selena Quintanilla-Pérez was without a doubt one of the most influential entertainers of the 20th century. She was an extremely gifted singer who paved the way for Latina singers in the United States.

To say she was iconic is a complete and utter understatement. Often referred to as the “Queen of Tejano Music,” it is no surprise that, 25 years after her tragic death, her legacy continues to live on in the hearts of so many.

Because of this, Netflix has teamed up with her family to bring her story back to life for a newer generation. However, this new show has sparked many controversies among Selena’s dedicated fans. The most prominent complaint among the many controversies revolving around the new show is that, even before its air date, it has been sued for $1M.

Filed against Netflix and Quintanilla’s family by Moctesuma Esparza, the producer of the 1997 movie Selena, alleges that the show is a breach of contract, claiming that he had the rights to Selena’s story given to him by Selena’s father, Abraham Quintanilla.

Another controversy surrounding the show is its casting. Christian Serratos is the 30-year-old actress who has been chosen for the role of Selena, but because of her thin figure and light complexion (a departure from Quintanilla’s true appearance), many fans argue that Serratos looks nothing like the Queen of Tejano music. Instead, they have argued that Serratos looks more like Jennifer Lopez (the actress that portrayed Selena in the 1997 movie).

I think that many young Mexican and/or Latina girls can agree that Selena was someone who many of us looked up to, because she looked like us; therefore, the casting decision for her has raised mixed opinions.

Selena especially helped to give people like myself confidence because she helped us realize that it was okay to not be “traditional pretty” (thin with a light complexion). She didn’t have a perfect body and a darker skin tone, which is something that many young Hispanic girls can relate to.

Many die-hard fans feel as though it is important to have Selena portrayed accurately because many of us want young children to be able to watch this show and look up to her as a role model. However, this may not be a possibility due to the fact that Serratos does not fit the “Selena image.”

A plus for the series however is that it will go into more detail than the 1997 movie regarding Quintanilla’s life and family struggles. Similar to the 1997 movie, it will feature Quintanialla’s actual singing voice instead of manipulating Serrato’s voice to sound like Quintanilla’s.

However, due to all of its controversies, the new series has made many fans question whether or not the show is worth watching at all.

Regardless, all that fans have left to do is to quote Quintanilla, saying “Sin embargo, te deseo lo mejor” (However, I wish you the best) to this new show. I’m hoping that it is able to portray Quintanilla as the truest version of herself—the lovable goofball that America came to call “the Mexican Madonna.”