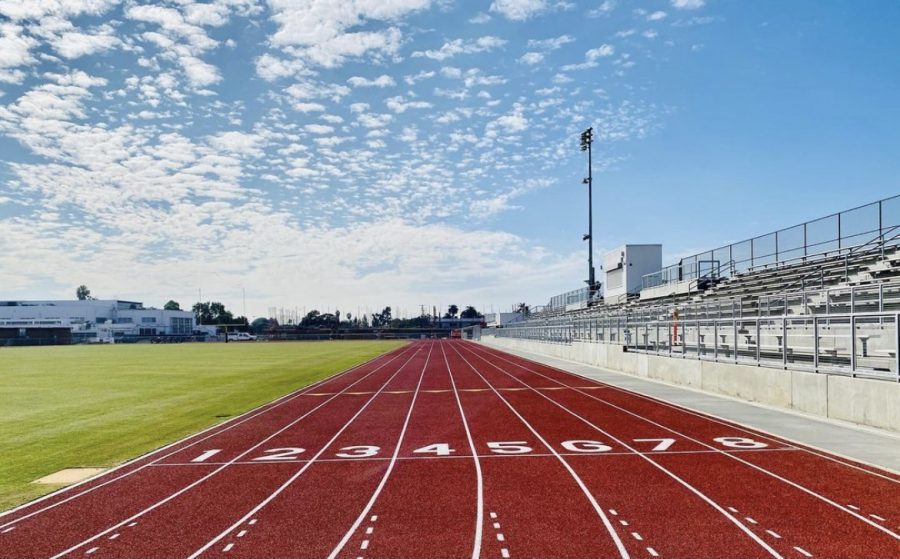 As many seniors are preparing for college, some of the most inspiring athletes at Venice High are being recruited to play beyond high school based on their athletic ability. A great future lies ahead of them, with athletes from various sports standing out to scouts.
For senior Jonathan Tejada, a lineman on the football team, every game has counted towards his goal of an athletic scholarship.

After a successful four year stint at Venice, Tejada hasn’t allowed himself to feel overwhelmed by his upcoming final decision among the various offers he’s received.

“I am very excited and blessed to be given these great opportunities to continue my athletic and academic career,”  Tejada said. “All it takes is patience and effort in order to accomplish anything you wish.

Currently, Azusa Pacific University is his main interest. Playing football professionally has been a major motivator for both academic and athletic success, which has seemed to pay off every second on the field.
Senior Christine Inah Canete is another Venice athlete pursuing her passion for tennis after graduation.

Canete has been playing tennis since she was only four years old, and has played on Venice’s team for two years. Being the winner of the Clay Courts

Nationals in Florida and earning the title as the UTSA G14’s number one player in the country in 2016, Canete has achieved many goals in her career such as three gold balls, one silver ball, and one bronze ball.

“I’ve grown to love it,” she said. “Like all sports, there is the good and the bad and it can all become too much. But once you eliminate those factors, you see that tennis is a beautiful sport.

“It’s such a great way to create a solid future, and surround yourself with people you never would’ve had a chance of meeting.”

However, the road to tennis success hasn’t been easy, according to Canete. It also impacted her standing as a tennis recruit.

“I stopped playing between 2016 and 2017—I burned out,” she said. “I was surrounded by pressure because everyone always expected me to win, and when I didn’t, those losses hit so much harder. That was a big red flag to many universities considering that there’s many athletes that have been playing non stop all their lives.”

Although she hasn’t committed to any college, her top options are California State University Long Beach and the University of Central Oklahoma. Both schools are offering to cover her costs for tuition, dorms, pocket money, school team uniform, and allowing her to have access to physical training support and the school’s gym as a professional tennis player on their teams.

“CSULB really liked the fact that I took a break and that I learned something from it,” said Canete. “They recognize that I now have a newfound motivation and love for tennis.”

They have dropped their football program after a successful 55-year run, competing in both NAIA and NCAA Division ll. This is a total shocker not only to the college’s alumni and football athletes but Cougar fans as they were the last school from California to be in the NCAA Division ll. According to APU, the coronavirus pandemic is not the reason for dropping the program although it took a toll on their financial situation which has also played a major role as to why many several universities are dealing with the same problems financially.