A McJourney to get a McRib 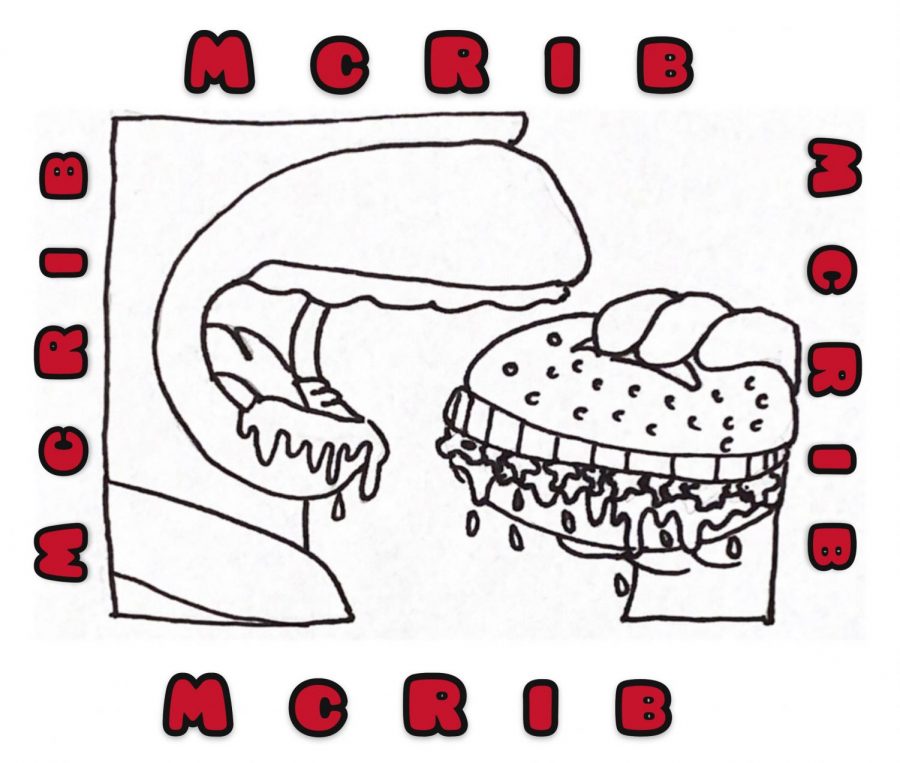 “You ingrate!” Yelled a man from a car,  a week before I had heard the McRib was back— another odd addition to the year.

“It’s a damn crosswalk you dolt!” I yelled back. I doubt he heard.

As soon as I heard it was back, I knew I needed to get it.

I thought a good excuse to go get a sandwich during school was saying it was an article for Journalism. A man wiser than I said something about working your hardest to not work in journalism.

I was on the crosswalk of Abbot Kinney and Boccaccio when that Tesla nearly hit me. I couldn’t even get angry, for the insult “ingrate” is that of an original rage. I was en route to the nearest McDonald’s with a walk-in option. It was on the way to the marina, so I thought it’d be a good excuse to fish. My friend Tyler came along, who’s of a like-minded nature and will work to not work.

This day had an odd feeling to it. The world felt more on edge than usual.

We pulled into the McDonald’s on our bikes. I can’t drive, and I don’t like the ideas of cars. We locked our bikes up and walked in. Two film students were walking around with a film camera. One wore a trench coat and another wore all denim. It was odd. A man was lying down in the street where a bus parks, surrounded by trash. He was sprawled out taking a nap. As I said, it was a strange day.

We walked into the McDonald’s and ordered the McRib, the reason for our travels. It seemed as we got closer the McRib, a violent aura got stronger and stronger, the very core of this violent essence being that damn sandwich. We were in the core of the rage and I felt it. I was waiting, on edge. Get the sandwich, leave, eat, fish, go home. All I needed to do. Simple.

A homeless man walked out of the gas station minimart attached to the McDonald’s. Then, it all went wrong. Why it went so bad, so quick, I do not know.

The man stumbled into the McDonald’s mumbling something about his ex. The man who ran the minimart dashed out, demanding the chips the other man had seemed to have stolen.

The minimart clerk, someone who looked like he belonged in a Nascar pit crew, was yelling at the man no more than two feet away from me.

I don’t know why the man threw a punch, considering his instability. He tried to throw a punch at our mini mart companion—it looked as though it was going in slow motion. This was enough of an excuse for the minimart man to strike back with the power of Ares. The man looked like he was going down, but the act of standing was enough.

A man came out of the McDonald’s employee bathroom. Harsh measures had to be chosen, be it on the side of justice or morality, and good God did that man from McDonald’s choose quickly. Within seconds of him leaving the bathroom, he was throwing punches at the man as well. He was thrown out the door within five seconds of when he stole the chips.

We were out of the McDonald’s with the two McRibs, two medium fries, and two medium drinks. We saw that man from before stumbling into moving traffic. I didn’t fear his fate, he had that way about him that I knew he’d end up okay by the end of the day.

Those boys with the cameras were back, a well-measured mix of Bergman and Fellini was slowly changing them into arrogant jerks.

We needed to stop at West Marine before fishing, Tyler needed lures. I was on edge—extremely. Today had been odd, and a large fishing shop seemed just the thing to tempt fate. Tyler threw a fry to a group of birds on the way in—birds need Mcdonald’s fries just as much as you and I. A key to any balanced meal. Fifties America taught me to drink my milk and eat my fries and meat without question.

We sat to eat our meal, and god that sandwich was bad. The uneven layer of pickles mixed with the ungodly amount of onions on top of a piece of frozen rib that they thawed out from last year sandwiched between two soaked pieces of bread left an indescribable taste in my mouth. All this said, I finished every last bite of it.

It had that odd way about it, like a trainwreck, one that I couldn’t take my eyes off. I should’ve left the thing in mystery, never questioning too far into its ulterior motives. I would describe it the same way as I have heard some describe ungodly amounts of Benadryl. I want to go back and try more, but I know it’ll be just as bad. Just as many shadow people, just as many onions, but god help me I want that tangy barbeque stain of a sandwich.

Tyler shared my sentiment on the sandwich. Looking down at his phone, he said “Who’s DJ Sloppy?” The question was never revisited.

As we were fishing, the day felt like it was coming to a close. Tyler was battered, soaking from falling down a boat ramp, cut from the rocks and knives. I stood untouched by the elements, but I felt the longer we stayed the more I tempted whatever God there may be. As I said, harsh air surrounded that violent sandwich, and I wasn’t going to be there for the backlash.

Crapa Pelada played as we rode our bikes away from that west setting sun. I pray I never let myself get another one of those sandwiches, lest I be a dead man walking.