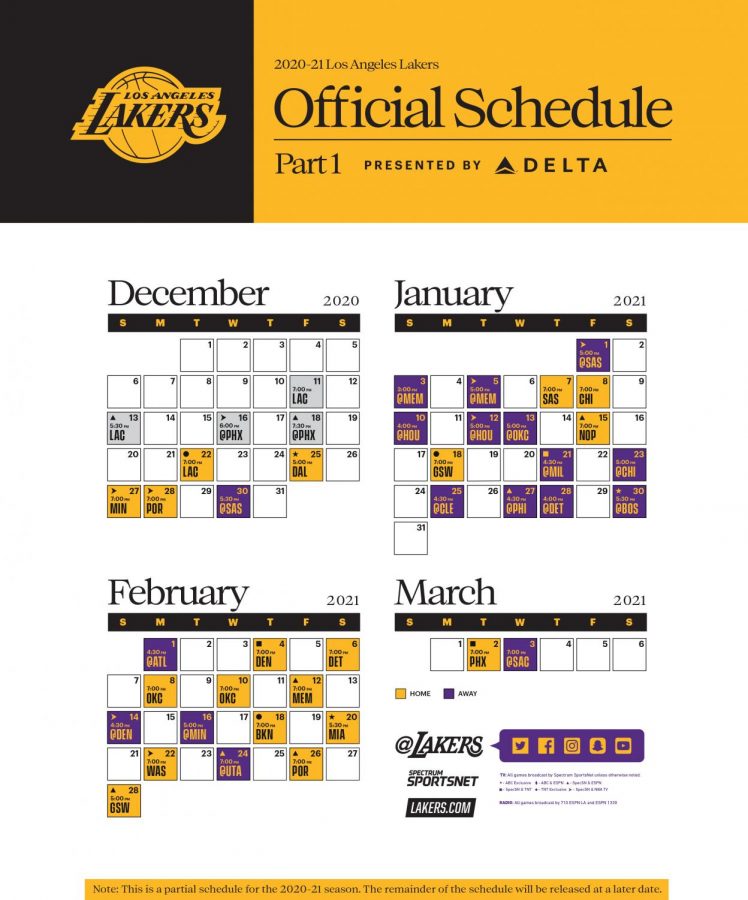 After an eventful, unprecedented season like none other, the Lakers overcame all obstacles and captured the franchise’s 17th elusive championship.

“Winning banner number 17 was special to me since it’s the first one I could really appreciate,” said junior Evan Perez. “I was only 6 years old the last time they won and didn’t understand.”

Now, the Los Angeles Lakers prepare for the upcoming season as they look to repeat their championship success.

However, it may be even more difficult. The NBA had recently announced the upcoming 2020-21 season’s full schedule, with the Lakers’ first game scheduled to take place on Dec. 22. This gives the team just a 71-day long offseason, the shortest in the history of any professional sport.

“I feel that the offseason might be a bit rushed,” said Perez. “It doesn’t give players the rest they’re used to.”

“It’s amazing to see the huge improvements the Laker organization has made,” said senior Jonathan Tejada. “I’m so excited for this upcoming season and can’t wait to cheer for them.”

However, a much bigger challenge arises. Since games will no longer be held in an isolated bubble, keeping all 30 teams safe from the coronavirus will be a much more difficult task.

Still, NBA commissioner Adam Silver and the league’s officials did an excellent job making the Orlando bubble a reality, and zero positive cases were reported there. The hope is that he’ll replicate the same thing in a new situation.

“I’m very impressed with how the league was able to create a bubble and not one person got sick,” added Perez. “It helps for me that sports was able to serve as a distraction during a crisis, and I have complete faith that Silver will do a great job keeping the league running smoothly.”