Review: Xiu Xiu’s New Single and What it Means for the Band 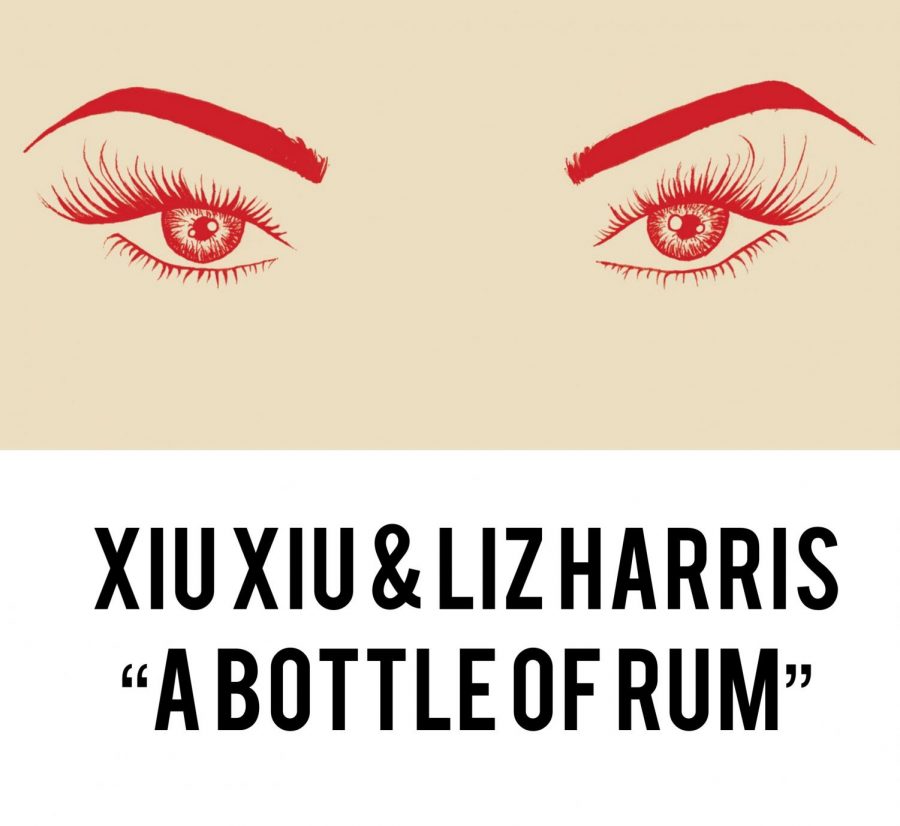 Nothing has been off the table for Xiu Xiu since their debut album in 2002, and the avant-pop band shows with their new single that a more accessible sound isn’t either.

The band released a new song titled “A Bottle of Rum” on Jan. 27, with the duo teaming up with Liz Harris (more popularly known as Grouper) to create a more acoustic and calming sound than their previous efforts. The new sound shown on “A Bottle of Rum,” which serves to lead up to their upcoming album, contrasts greatly with previous releases from the band, which combined terrifying, cathartic instrumentals with lyrics touching on dark subject matter.

“A Bottle of Rum” feels much lighter in comparison, featuring an almost happy acoustic guitar melody accompanied by Liz Harris’s dreamy vocals and an upbeat drum rhythm. The vocals still convey a sense of light melancholy and regret, however not nearly as much as other tracks in the Xiu Xiu discography. Unlike most other tracks in the band’s over 15-year run, the song has a lighter but more layered texture, with the lyricism taking a backseat. This too is unusual, as most of Xiu Xiu’s prior work focused on strange, poetic lyrics that reflected very particular and very specific experiences and feelings from frontman Jamie Stewart’s life. These topics ranged from those as heavy as atrocities in the Iraq War and gender dysphoria to much lighter subject matter like cartoon characters and gay romance.

This new direction is quite a surprise considering the more artistic and possibly alienating recent efforts from the band, which include a collaboration EP with Japanese noise artist Merzbow and their 2019 album “Girl With Basket of Fruit,” which have been some of their most unusual (and frankly scary) releases to date. In comparison, “A Bottle of Rum” is floating, tranquil  and much more approachable for someone not familiar with the band or their previous sound.

The move towards a more pop feel is a very interesting one: both their 2017 album “Forget” and the older 2004 release “Fabulous Muscles” could be considered more accessible, purely pop albums—however, the two stand as some of the strongest records within the group’s discography and were still quite a bit more avant-garde than the band’s latest song. One can only guess what’s next for the group, but what’s certain is that they will continue to make some noise that is unmistakably theirs.