POV Opinion: Reflecting on the Final Downfall of Our 45th President 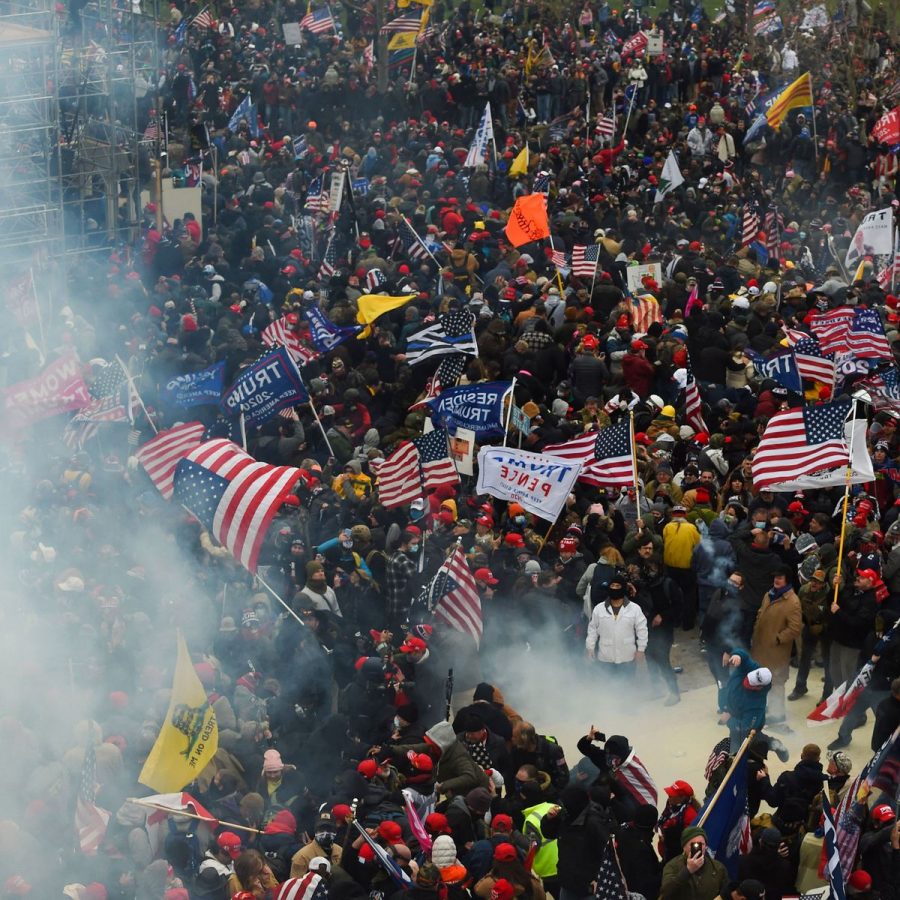 This past Friday, President Trump was acquitted from conviction in the second impeachment trial of his now-former presidency. Impeachments are incredibly rare in American political history, and for it to happen twice to a single president is an unprecedented occurrence. Despite the fact that his term as president is now over, the question remaining is this: how did we get to this point in the first place?

Over a year ago, Trump was impeached for the first time after allegations surrounding alleged abuse of power in office, followed shortly thereafter by allegations of ties to foreign interference in Russia and Ukraine. Then earlier last month, a barrage of Trump supporters stormed the Capitol Building in hopes to overturn the certification of current President Joe Biden’s victory and Trump’s depressing defeat. With Biden’s inauguration two weeks away at the time, the violence at the Capitol wasn’t surprising to many.

Many students, including those here at Venice, were putting their lives on the line in pursuit of equality and justice. In comparison to the Capitol insurrectionists, they were met with a terrifying wall of police and the threat of being stripped of their civil liberties

As a result of these actions, Donald Trump is at risk of losing many things should he be found guilty in the upcoming impeachment trial. among the things he’s set to lose if he is found rightfully guilty, none of them represent a punishment as big as what he dealt to the American people during his presidency.

Many students check news headlines as soon as they wake up, and being met with tantrums from the leader of the free world was scary and irritating. Beyond this, the President inspired fears of losing healthcare, raids by ICE, and the threat of all-out war. Though these topics could be talked about with relative ease in cafeteria conversations, the weight of them was sobering.

This response by the National Guard deeply offended people of color stretching from New York to our own city of Venice. Many saw the lax response of federal law enforcement as offensive, especially taking the diversity of Venice High’s diverse student population and familiarity with brutality from school police.

A group of domestic terrorists, racists, fascists, and hypocrites found their way into a pillar of our democracy with limited interference from law enforcement. As a result of this hypocrisy, five people, including a police officer, lost their lives–and for what?

Last month, Joe Biden was inaugurated and became our 46th President, leaving all of their lives in vain. This critical moment in our country’s history, along with the impeachment trial set to begin soon, will prove that no amount of Confederate-flag waving at our nation’s Capitol can tumble our democratic voting system. As writers from two different backgrounds, Trump’s presidency has meant different things for the both of us. In the end, though, we can both recognize the detrimental effects he’s had on our nation and how they have impacted us (and other students) directly.

POV– Lourdes Bullo
As a white person in America, I can recognize that I have been least affected by Trump’s presidency. The president has always been tasked to ensure the safety and well-being of all of their citizens, and they don’t get to pick and choose. One ethnicity should never have priority over another, and yet the white remained privileged as people of color were left battered, shot, kidnapped, and institutionalized by our own government.

Trump’s supporters were made up of a particularly easily led group of white, blue-collar individuals. His policies aided the rich and the crumbs and broken promises were left for those same blue-collar workers to fight over. But where did that leave the middle class?

The middle class was left less negatively affected than those with lower incomes, but the Tax Cuts and Jobs Act mainly served to benefit the top 1% and corporations and did close to nothing for working families. This has been said to only serve to leave the middle and working-class farther behind, but my middle-class family hadn’t been affected much at all. Our income has remained pretty constant over these few years, and we haven’t had to worry about pay cuts or insurance. We haven’t had to face the disparities POC face on a daily basis, we don’t have to worry about police brutality or vandalized property.

It’s a disparaging world we live in today, and Trump gave me little hope for the future of our country, and my affected friends and loved ones. Nobody should be scared to set foot outside their homes for something they can’t even change. With the worry of deportation or police shootings weighing heavy on their shoulders, it makes me feel completely dejected.

I feel hopeless, and aside from protest and go-fund-me links I wish I could do more. White privilege has been going on for centuries. No matter how hopeless this situation might seem, change is constant, and for the people willing to put power behind it, a world where equal rights and justice will be achieved. I will continue to be the change I wish to see in the world.

POV– Arely Ocampo-Bartolo
Upon other things, former President Donald Trump has peddled lies that have turned into an unfortunate reality for the American people. From dropping out of the Paris Climate Agreement to accusing Mexican immigrants of being criminals and rapists, this mark on our country’s (and generation’s) history is a deep and ugly one. As a Mexican-American student, I feel this mark in my everyday life.

In retrospect, the only good that Donald Trump has done for the American people is leaving the White House. His ignorant band of “supporters” think he has done good, but the horrendous language and attitudes he employs and encourages will always overshadow any potential success he could have achieved.

Him getting impeached and leaving office is what America needed. America did not need a man who has called Mexicans rapists and drug dealers or who told white supremacy groups to “stand by.”

How are we as Mexican-Americans supposed to feel knowing that the president who swore to protect the country we live in hates us? That he supports people telling me and my family that we don’t belong here and that we need to go back to our country? That he supports my family getting ridiculed every day on the streets people think we are drug dealers? That he believes that D.A.C.A should be taken away from people so that they may no longer enter this country legally? That he supports people such as the eloteros (Mexican street corn vendors)  being robbed of all their hard-earned money?

It is not right that we had a president who made fun of my people and made a mockery out of our language, tradition, and culture. He made a mockery of Día De Los Muertos (Day of the Dead) and made it a day to remember those killed by “illegal aliens.” Yes, the day meant to honor our ancestors who have passed away is now supposed to put our race down.

He was supposed to be the president for all of America, not just the select few that he chose to protect. His job was to make sure that America kept its promise of equality for all, but instead, he did the exact opposite.