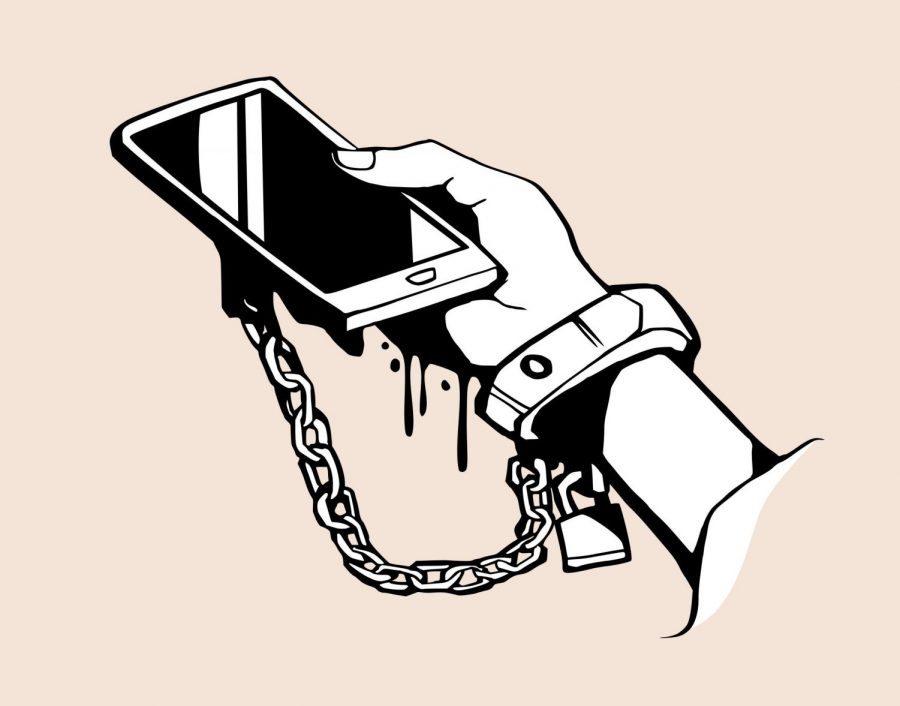 Gen Z grew up plugged in.

In elementary school we gathered around the computer, taking turns making Poptropica characters, playing dress up on GirlsGoGames.com, and teasing each other when we got answers wrong on The Impossible Quiz.

In middle school we joined random group chats on Kik, played Chatroulette on Omegle, and made Tumblr accounts, oblivious to what taking the safe-search off would actually do.

In a perfect world, giving your child unsupervised access to the internet at the age of 10 so that they can explore and cure their curiosities seems harmless,but the reality of it can be traumatizing.

As a child entering puberty, you can’t be expected to use your better judgement. You’re told by the adults in your life that you need to be careful (don’t give out personal information, be wary of strangers, assume the worst out of every situation, don’t trust a stranger over the internet).

You turn on the TV and see your favorite characters tell us how to be digital citizens and exaggerated infomercials warning you about dangerous people on the internet, but it oftentimes misses a mark.

All these presentations and verbal warnings make encountering a predator seem unlikely and obvious. They tell you an old man in disguise will send you vulgar messages asking you to undress, maybe send a photo or two. They say, “Don’t believe them when they say this! That’s not actually a 15 year old!” and you think to yourself that you’re above the depiction of the person on the receiving end they must be an idiot to fall for that sort of thing.

They don’t tell you that that older man is actually quite charming. That they don’t start off with a vulgar, demanding message, but a kind and friendly one asking you about your day, your struggles, how you feel about your place in the world in a time in your life where you may feel desperate or lonely.

They don’t warn you that the grooming process seems unlikely to everyone—nobody sees it coming. This predator becomes a friend to you, gains your trust, and then manipulates you into giving whatever they want.

Then, how is a child supposed to defend themselves? This isn’t the situation they were warned about. Who can they go to when they feel like they’ve done something wrong just by giving that stranger the time of day?

Online predation can seem distant to people who have a narrow view to what the predator can look like, but it’s common and can happen to anyone. Recently two Venice juniors were targeted by a predator that offered to give them scholarships and an internship in exchange for nude photos. The two people mentioned in the article both contacted adults about the situation and got help, but I can’t help to think, “What if they didn’t have the sense to do that?”

After hearing about the situation I asked myself: If I just recently got on social media in my junior year, and my relationship with the internet wasn’t jaded, would I fall for it? Would Phineas and Ferb’s Rules of the Road PSA be enough? Would I, in desperation, know what I should do, but waver at the thought of a scholarship and internship anyway?

I’m unsure of the answer.

These warnings miss a mark because oftentimes they’re too vague and only target one type of predator. Adults will tell you about the scammer in your email pretending to be a Nigeran prince in danger, or a pedophile who speaks in outdated slang and is obvious about their intentions so much so that within minutes of meeting them you should be able to tell.

They don’t tell you about the 23 year-old college kid that gives you relationship advice and acts like you two share the same intellect despite you being 12, or the super senior that tells you you’re mature for your age—mature enough to send pictures of yourself nude despite you being 14.

Online predation isn’t as clean cut and obvious as adults make it seem, and I don’t blame them for being out of the loop. The communication gap between kids and adults is wide and unforgiving. How are adults to know what online predation looks like unless they hear about it, and how are they to hear about it if the children who are getting preyed on don’t speak up?

I don’t blame the victims for not speaking up either, especially when, in the moment, it can be hard to see that something so vile is happening to you.

It’s a hard subject to approach, but I think online supervision is a good start. Supervise what your kids do online and let go when they’re at an age to correctly identify and communicate when something is off.

Kids can’t be expected to protect themselves online. They think they know better, but they just don’t.