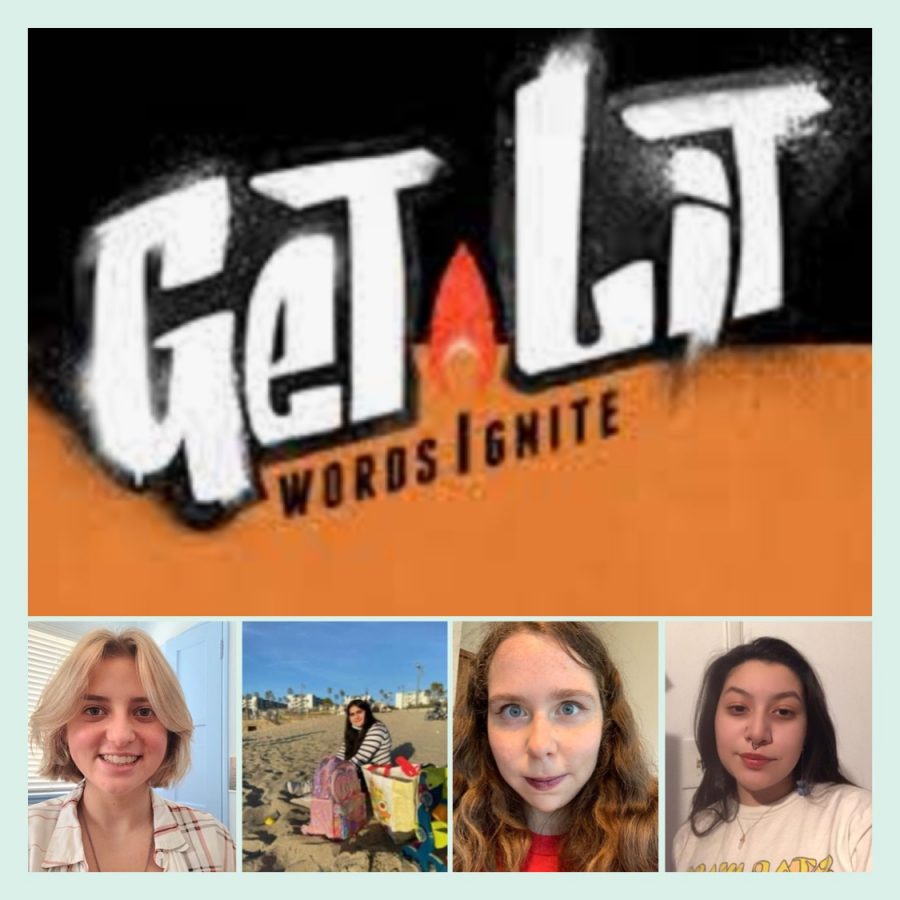 When we’re shut off from the world—unable to see friends and loved ones, along with losing many people amid this pandemic––it’s imperative to let your mind breathe and express itself.

The Poetry Club at Venice High has allowed these poets to continue doing just that while also expressing their thoughts, showing vulnerability, and consolidate through poetry during quarantine.

Venice High’s sixth annual Poetry Slam took place on February 12th, granting the poets in the club to audition for the Get Lit Words Ignite Poetry Slam or to perform as a sacrificial poet, whose purpose is to warm up the crowd and judges. Each poet performs a classical poem from the anthology given to them from the Get Lit Words Ignite organization, this year’s anthology featured only poets of color.

Viviana Casanova and Genevieve Marino performed their lovely poems; My Niece Said and My therapist says… in response to the classical poems they performed. They created these poems during quarantine to describe the hardships they’ve confrontred.

Although they presented their poems via Zoom, every emotion these poets poured into their pieces were felt by the audience–– and the audience welcomed and acknowledged those emotions even if they weren’t the most comfortable to feel. Every poet that performed in that slam, including Casanova and Marino, successfully created a warm virtual environment that both teachers and students miss.

The Poetry Club still supports its members to write poetry for all reasons or no reason at all, it’s all for the love of poetry. Poets Libby Oren and Amelia Zapata did not perform their poems, but they wrote them during quarantine while talking about how COVID-19 has affected their lives.

“They’re (members of the poetry club) doing phenomenal work considering they’re getting less time for the club,” said English teacher Hazel Knight Witham. “We’ve all settled into the world of Zoom, and this is breaking all the boundaries. A lot of students are using this as an outlet, it helps them really face what we’re going through right now. I think it’s really important for us to continue that”.

These poets all wrote their eloquent and labyrinthine thoughts and skillfully put them all together during quarantine.


“New Year’s Eve” by senior Libby Oren
“I wrote this poem while wandering around on New Year’s Eve,” Oren said. “I had dinner with just me and my mom, and the sky was remarkably clear of fireworks.

“Everything seemed dark despite that, but there was also a sense of freedom—hope for the New Year. It’s about how people come together in times of crisis and how COVID-19 has prevented that all from happening.”

Illuminated by an invisible light, not flame

The flash of an electric spark, flashlight,

Alone in the dark

I check corners to see if they will let me sit

Bright lights are turned off

The plants are roots, no, nettles, the music

I’ve heard before wraps around me warmer than a jacket

Lights up two candles, on each side of the window, he’s Jewish I think

He moves quickly, doesn’t look out into the foggy night, goes back to the orange glow and is absorbed

And I’m consumed by the dark, soaking into concrete, hugged my music, loved by the knurled roots of this plant, possible poison

And in the distance the sort of painting

Where you pile paint and pull it down

The blend of people living

I’ve turned my flashlight off

Become one with the night, where quarantine and alone isn’t real,

And the light in the distance are people, everyone all in their beautiful mess”

“I wrote this poem at the beginning of quarantine,” Zapata said. “It seems like forever ago.”

Like many others, she expressed how she was having a lot of issues and anxiety, constantly sanitizing and worrying about health.

“Although the scare has not passed us, I feel that I have settled into more of a routine, and I’m learning to carry myself in the delicate balance of our constantly flowing lives in contrast to a life ending disease,” she said. “I was the most scared when my family and I were having other health issues all at the same time—it was a constant debate of asking ourselves ‘is a doctor’s visit worth the risk?’”

“Telehealth has helped with that, but there are still times when you have no other choice than to brave the outside world, again in the balance of life and lifelessness.”

Saying no i will not get sick

^ i called that manifestation

Saying no it is unlikely that I will get sick

^ i called that rationalizing

^ i called that jinxing

I cursed my own brain for thinking that thought, uncontrollable as it was, it was a jinx;hex;curse

That i had unintentionally put on this family

Trying to bend the rule i thought of everyone’s good health, no one sick, no one getting thin, no one hollowing, no one dying

My sister, cousin really, could you be the next cause of death here?

I cursed that thought too

A week later my aunt might have severe diabetes, my aunt’s husband needs surgery, my grandma might have cancer, my mom has all types of pain, my sister has an inexplicable rash, and i have a migraines that make me vomit

How do I learn to deal the cards right here ?

How do we redistribute the health left between us ?

Can my bargaining gamble save any of us ?”

“I wrote this poem during a time when I was self quarantining because of COVID-19  exposure, and could not leave my room,” Marino said. “I was dealing with a lot of self-hatred and loneliness, so I put it all into this poem.”

“In addition, the line, ‘pills can’t fit through the door’ refers to the fact that I forgot to take my anxiety medication while I was quarantined. It was a really gruelling experience and my heart goes out to all who have had to self-quarantine and have been sick.”

“My therapist says I should write love poems for me

I write love for many-a she

But can’t write if that she is me

A hug for oneself cannot be

So I write to the her inside me

There should be love poems for her

Lines for a girl not demure

Figure stands strong in her tread

Then a call comes and someone is ill

Someone infected from nextdoor, still

The hug intended for comfort, support

Means 14 days alone in her fort

With ceiling as her sky

Nowhere for her mind to fly

Every breath is extra expense

Feels the broken makes her witty

All she ever does is sleep

Pills can’t fit through the doors

Miscalculations of what life is for

Heart beating faster than ever before

She can’t do this anymore

Something must be wrong

The trash on the floor is going to rot

Waves knock her onto the sand

She tries to reach out a hand

Does not know which way is up

Held under, no way to stand up

Crumpled on the floor not dead

Nape of her neck pressed to the ground

From her mouth escapes a coarse sound

Piercing the back of her skull

Breaks her free of her terrible lull

Washed up, lays on the beach

I pick her up from the bed where she lay

Narcoleptic deep sleep in the day

As a dream we lay, she lay, I lay with… myself

On my bed arms wrap around herself

She hugs me and now it’s heartfelt”

“I just wanted to put myself out there,” Casanova said. “I basically just wrote this about a week ago––I wrote this because it’s been really hard for me to let go of my ex-girlfriend.”

“This poem is about my niece telling me that I shouldn’t be listening to explicit songs; it’s also about my past love life. I just felt like it was necessary to write about this.”

but honestly she doesn’t know

what i’m going through at this point

she doesn’t know how much pain im going through