The Reason Why Your Favorite Snack Are Addicting 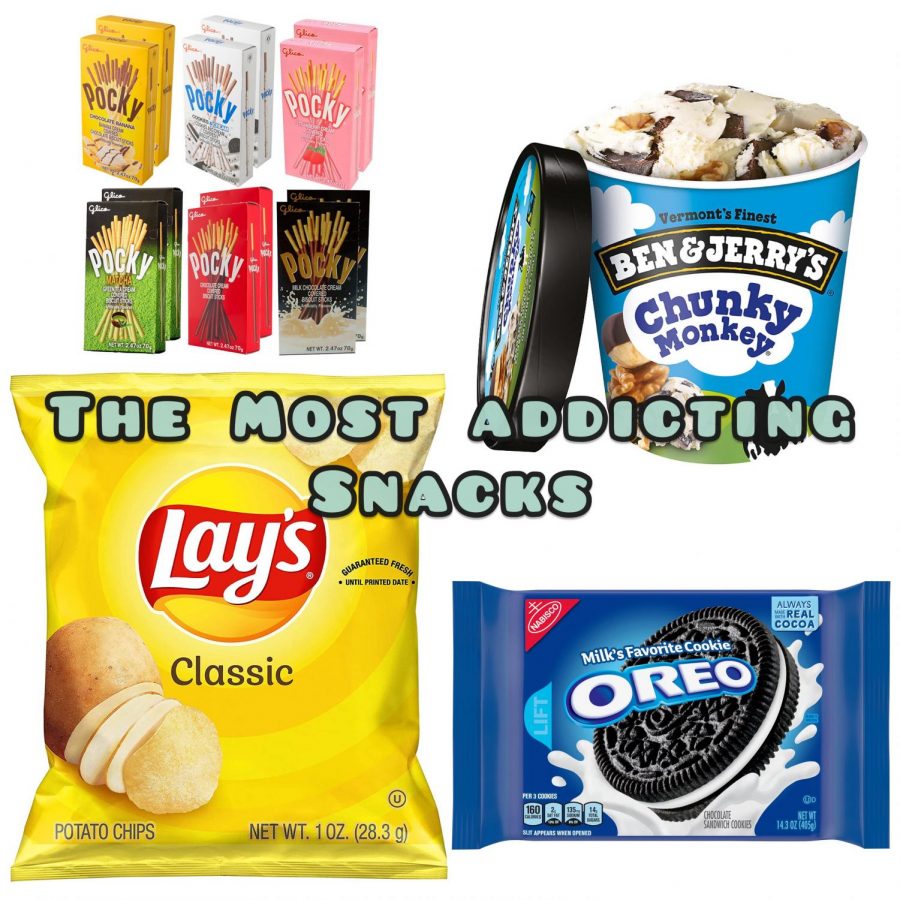 Many of us might live off snacks. But snacks have been proven to be just as clinically addicting as hard drugs like cocaine and morphine. But what makes your favorite snacks so good?

According to a study done by Keck Medicine of USC “some fattening foods may be as addictive as heroin and cocaine.” Studies show that “similarities between food and drug addictions are striking. High-fat, high-calorie foods overload the pleasure centers in the brain, much like cocaine and heroin.” So basically snacks are drugs in a way.

Pocky
A snack I would consider to be compulsively addicting is Pocky, a chocolate-covered biscuit. This addiction isn’t just based in theory, however. Along with many other types of snacks, Chocolate was second on the list among USC’s findings.

Pocky’s original flavor is a simple cracker stick coated in a thin layer of rich dark cocoa (chocolate). If you have ever tasted Pocky, you probably understand why Pocky comes in packs; you can’t only eat one, much like chips.
Lays Potato Chips
You may know a brand by the name of Lays, which produces numerous flavors and types of fried and baked potato chips. Notably, their crunchy, tangy and zesty Limón flavor has been loved in both America and in other parts of the world for decades. Ever since the Limon lays hit the market it’s added a lil’ zing to everyone’s day-to-day lives.
Ben & Jerry’s Chunky Monkey
Ben & Jerry’s Ice Cream is known for unique flavor combinations and conveniently sized tubs of cold joy, with my personal favorite flavor being Chunky Monkey. Their Chunky Monkey flavor is a combination of banana-flavored ice cream, walnuts for a hint of crunch, and enticing mini dark chocolate chunks for a pop.
Oreos
Last but definitely not least, Oreos are truly a god-sent. This vegan cookie is something those of all dietary choices can enjoy. My personal favorite being their severely underrated oreo thins. Oreo thins are only a little thicker than a quarter and give Girl Scout cookies a run for their money.

According to Today.com “eating the sugary treats activates more neurons in the brain’s ‘pleasure center’ than drugs such as cocaine.” We all thought snacks were addicting, just not physically..

I’m not telling you to cut snacks out of your life completely, but it’s good to take into consideration that your favorite brands purposefully add addicting properties to keep you hooked.They don’t really care about your health now or 50 years from now. What’s the point of having a skin-care routine if your hormones are all out of whack, giving you acne anyway?