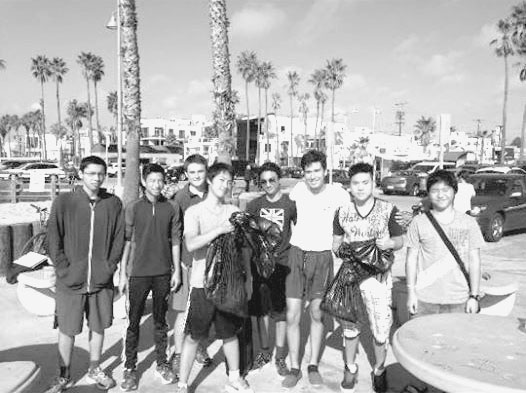 Heal the Bay is an organization that educates local youth on science and environmental issues. Heal the Bay has been fighting to make Southern California coastal waters and watersheds, including Santa Monica Bay, safe, healthy and clean.
In 2008, Heal the Bay was introduced to Venice High School. At first, members participated in beach cleanups several times a month until senior Adam Baron became the president of the club this year. Baron started that their club derives ideas from the actual Heal the Bay organization in Santa Monica and linked with them this past year.

“I felt that adults are the ones that are trying to make changes for our future, but I feel that teens can get more involved by cooperating with adults and making a change,” said Baron.

He also mentioned that recently of beach cleanups were successful with at least 20 members participating each time.

Heal the Bay Club encourages students to enjoy the club. The club provides Venice students with many opportunities to help from attending concerts to city and beach cleanups. Students also get community service hours for attending the events. Students can join the club by attending their meeting in Room 247 on Thursdays during lunch.