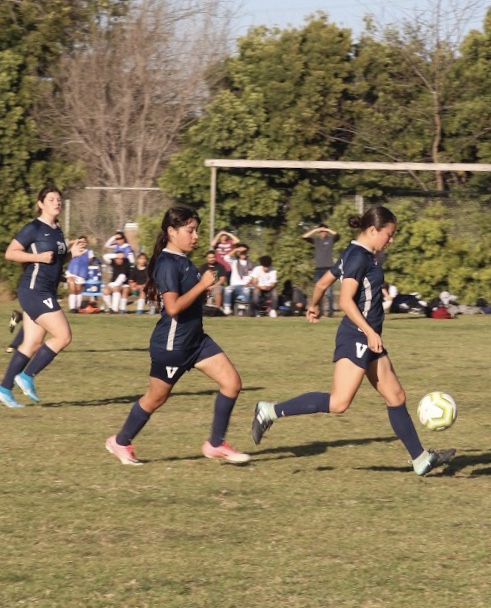 “Our team has a spiritual component to the journey we are on together,” he said.

Wilson currently holds a respectable record of 2-2-1. It is an East Division versus West Division rivalry, Forman said. Last year, Wilson and Venice tied 2-2 in a slow, mud-filled game.

“They are well-coached and have some dynamic players,” Forman said. “We are eager to get them on a clean, dry surface and see where we stand.”

The Gondoliers had a notable start to their season. The team participated in the first LAUSD sporting event March 29 since COVID-19 shut down LAUSD facilities. They defeated North Hollywood in a non-league game 3-1 on Venice’s new field.

“After a whole year of waiting, hoping, wishing, and yearning to play the beautiful game, finally having the actual chance to compete was magical,” he said.

According to senior Tiffany Sun, it felt great getting back on the field.

“There was a sense of normalcy and even though school is online, playing soccer with the team makes senior year feel more complete.”

She also points out that the team was lucky to start training early on before the season began, helping them get back into playing rhythm.

Forman said that he is proud of the way the team refused to let the magnitude of the moment overwhelm them. According to him, the victory will always be a part of the team’s legacy.

“We didn’t want to miss the chance to forever imprint the Venice field with a winning start,” Forman added. “In a sense, the DNA of our home field was at stake, and we didn’t take our role lightly.”

Going into the game against Wilson, Venice has already played  against key opponents, including MACES and Palisades, Forman said.

In a championship rematch, Venice defeated MACES quite convincingly 5-1 Monday.

“MACES was a great game because we have played them in back to back championships,” said Forman. “It’s nice to see the growth of our program.”

Last year, Venice beat the Wolfpack in the CIF Championship 4-2.

However, Venice suffered a 2-0 loss at Palisades, Wednesday, April 7.

“They’ve been the best team in the Western League’s best team for years,” Forman said. “We played them very tough on their home field. It was a loss, but we played good soccer and we feel like we can compete with them.”

Forman pointed out that both goals were very late in each half, as a result of defensive errors. He said the team will find a way to score against them and anticipates an entertaining rematch on April 26.