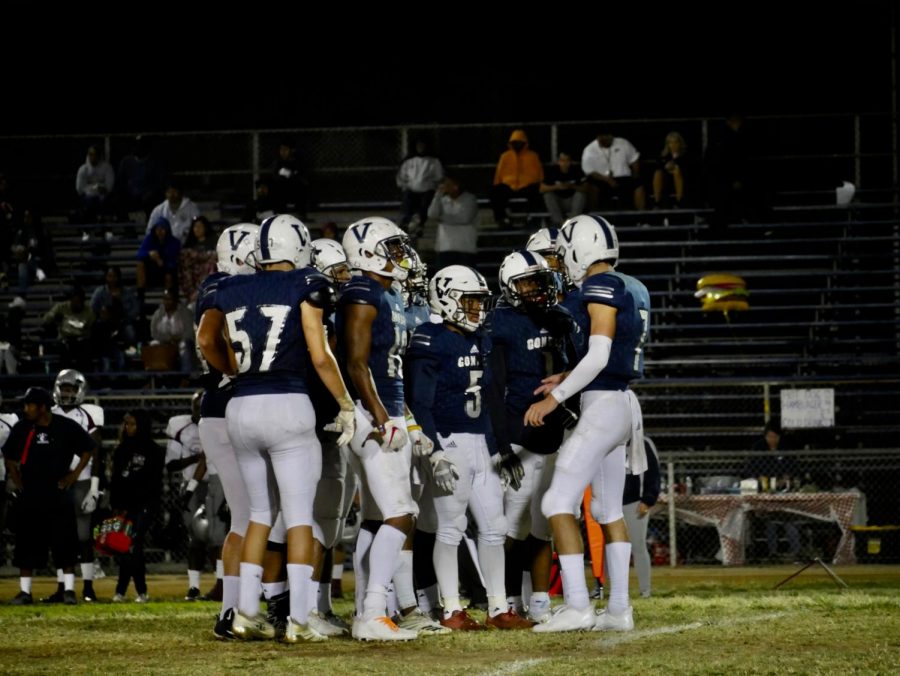 At 3-0, football looks to remain perfect as they head into their regular-season finale against Hamilton.

“With their new coaching staff, they look like they’re doing a good job of running around and making plays,” he said.

Despite being 0-2 on the season, Hamilton has beaten Venice in each of the past seven years, with most of them being blowouts.

Fortunately for Venice, the team now has new star quarterback Sam Vaulton, who moved from Tennessee to Los Angeles just this past year.

Heading into the game against the Yankees, Vaulton has eight passing touchdowns for 630 total passing yards.

“It’s been a weird year due to COVID,” said Vaulton on his first year at Venice. “But I’ve had a great time and it’s been fun playing with the team.”

In their season opener, Venice matched up against division rival Palisades, obliterating them 36-0. Gasca compliments the team’s efforts on both ends of the field.

“We shut them out on defense and scored 36 points, so we couldn’t have done any better,” he said.

He also admits that it feels good to get a payback victory, as Palisades defeated Venice 38-14 last season.

After the regular season, however, LAUSD will not permit a postseason for football, as Gasca suspects that the district is attempting to limit the time gap between this and next season.

“I wish we could’ve had one,” Vaulton said on the postseason being cancelled. “I feel like this team could’ve gone far, but we are grateful that we just got to play.”