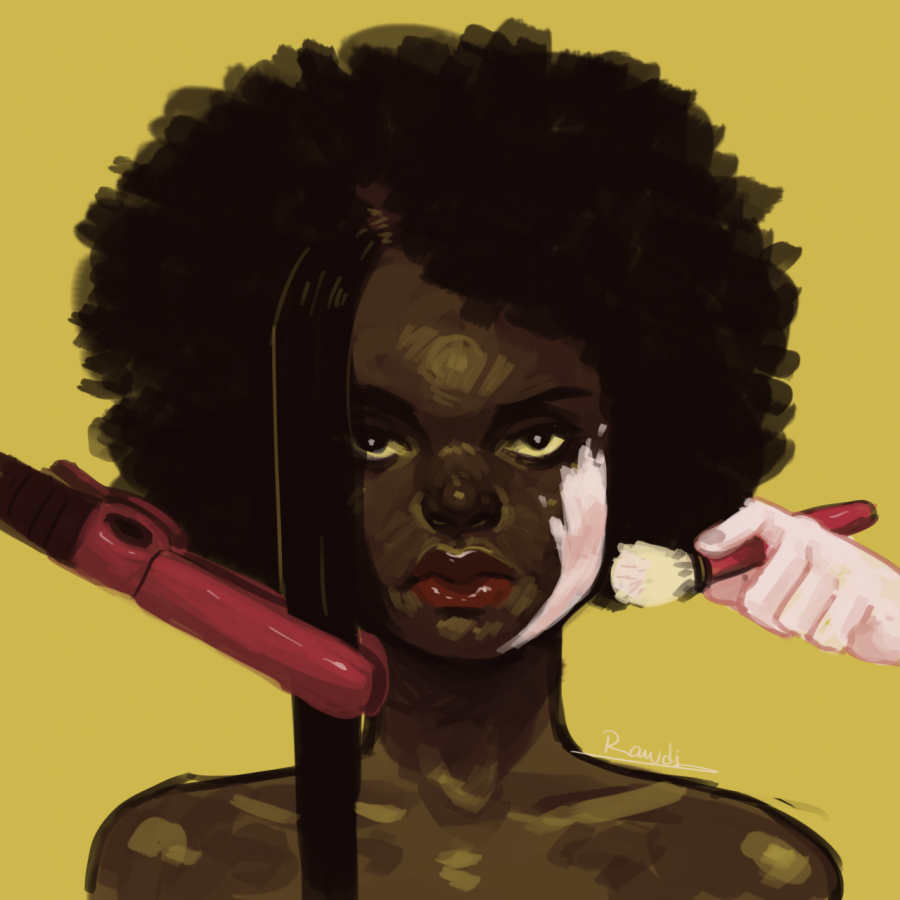 You watch your favorite movies or TV series with your favorite actors and actresses and think, “Whoa, I want to look just like T’Challa” or “Damn, I want Zendaya’s lean figure” after seeing the cool moves or flips they do on set.

Why wouldn’t you? They’re attractive, cool and so badass. You idolize them.

A big issue in the world right now is toxic beauty standards. Society has formed an idea of what “beauty,” “sexy,” and “hot” is through the comparison of one human being to another, and they set up unrealistic standards. It makes it seem like “beautiful” people are superior to “ugly” people or that some features are more attractive than other features.

It’s like boys and girls are trained at a young age to believe they have to look a certain way to be attractive and fit in with society. Boys have to be really buff looking and have huge muscles on their arms and girls have to have a slim waist, big butt, and big breasts to be “sexy.”

It brainwashes both girls and boys to think they have to look a certain way so they start eating more to build muscle, or eat less to lose weight, practically starving themselves. It is unnatural and unhealthy, mentally and physically.

This messaging can be powerful and dangerous to a point where it drives an individual insane and can turn them against themselves, especially as a  teenager when they are trying to find their personalities and their place in the world.

Many film industries, including Hollywood, dehumanize our favorite actors and people we idolize in the entertainment industry. Many had to go through a sad process to make it big—sometimes even involving having sex with some powerful individuals in the industry. They signed their lives away to a horrible industry that controls them and their body.

There have also been men who confessed they were assaulted, but the high percentage targeted in the industry are women. These people that run the industry have sick minds that marginalize women as if they are objects for men to play with. The fallout of producer Harvey Weinstein is a perfect example of the sickness in the industry.

Hollywood, and media culture in general, put images of men and women dressed up, made up, pouting, posing, and seducing on the screens where everyone watches them. Kids are trained by the media to believe that is what they have to be like in society.

The media makes girls believe they must be “slim thick” to be appreciated and to have many likes, many boys go after her and makes boys believe they have to be built muscly and have a stoic expression to be “hot” and have “game”.

What kids see and the messaging they intake is not their fault. The big businesses and companies promoting sex symbols are at fault, training kids at a young age to believe they must “sexy” to fit in with society.

Plastic surgery is also another product of the industry promoted for boys and girls to buy and sell their souls away to the industry too. Young girls are taught to believe that if they do not have a “button nose” or big breasts/butt they have to get plastic surgery.

This idea of setting up a certain standard of what attractive is for people is toxic—many of them involving the language of “you can’t be fat,” “you can’t be too thin,” “no acne, no stretch marks or cellulite,” or “don’t be too pale or too dark.” It is brainwashing and discriminating to all the other beauties in the world.

It’s upsetting to think that many individuals have body dysmorphia. They think they’re “ugly” and they hate themselves for it because they don’t meet up these brainwashing standards that society has implanted in their heads.

Skin bleaching and chemical hair processors are toxic products that are sold to women so they can comply with the standard of having tan skin and straight hair. These products are dangerous to the human body, causing men and women to kill themselves just to be “beautiful” and to feel recognized among others.

As a young girl, I was always bullied because I was always more developed than other girls who slimmer and leaner. I’ve noticed there is a whole obsession with Eurocentric features, too—being white, having a small nose, having colored eyes, straight hair. Those are the attributes many consider beautiful, and that is what is shown on screens, social media, and film.

Boys and girls should not have to feel forced to comply with these standards and change themselves. They should be judged on how they treat others and if they have a good personality. If they give good vibes–not if they’re “hot as hell”.

We are all one of one, and that’s who is sticking with us until the end. We have to take care of ourselves and feel comfortable with our differences. Different is cool—it’s unique.

Who wants to be like everyone else and have no personality? What even is normal anyway?

No one should be oppressed by standards. We need to fight against it and just love ourselves.