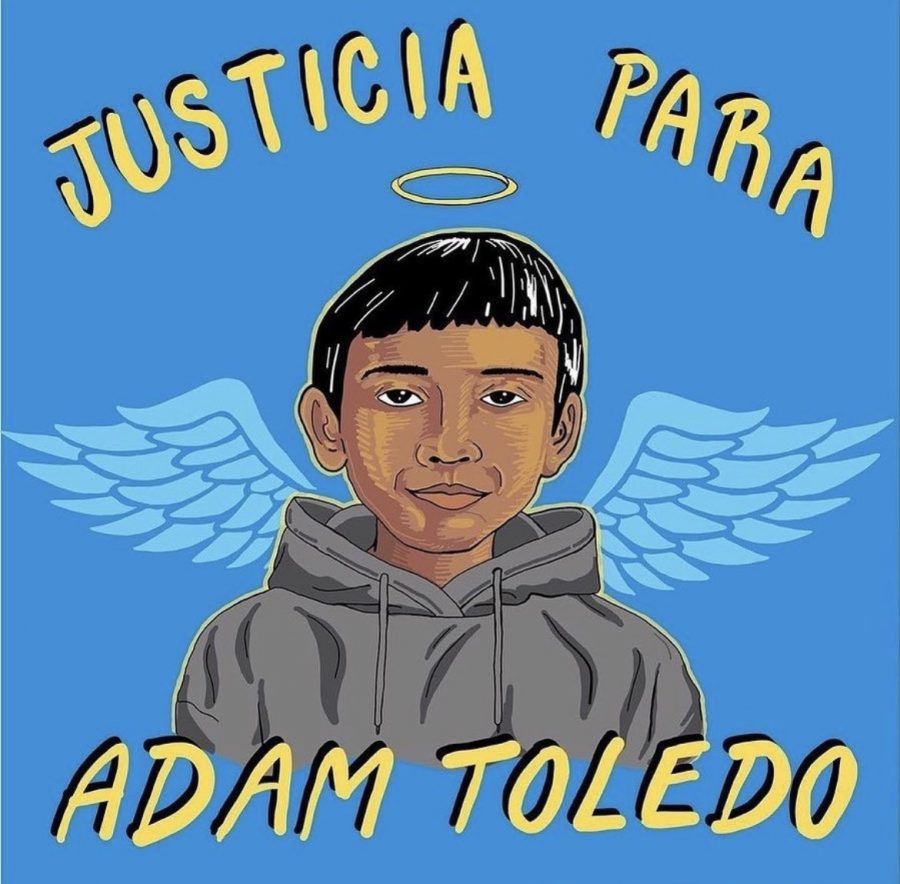 On the west side of Chicago in the Little Village neighborhood—a predominantly Latinx community—Eric Stillman, a white officer of the Chicago Police Department, killed Adam Toledo, a 13 year-old Latino.

A police watchdog agency publicly released a video (warning: link contains graphic content) capturing the excruciating moment Toledo was shot by a Chicago police officer. The video was released as the nation awaited the outcome of the trial centering on Derek Chauvin, the Minneapolis police officer convicted of murdering George Floyd.

The bodycam footage clearly shows Toledo empty-handed when Stillman shot him in the chest. This is a situation in which another unarmed person of color’s life is taken by an oppressive and racist system that terrorizes Black and brown people.

Adam Toledo was not holding a weapon when he was shot by Eric Stillman. Therefore, the actions of the police are unlawful and unacceptable.  Even if Toledo was in possession of a weapon, killing Toledo would be unacceptable as the police involved are egregious adults who abuse their authority and used this to kill a child.

Eric Stillman and those complicit in this injustice must be held accountable for the death of a 13-year-old child.

Justice must be served for Adam Toledo. Even if the police officers involved in this murder were to be convicted, justice still would not be served. Justice would be Adam Toledo alive today with his family.

What if Adam Toledo was white? Adam Toledo would be alive. Empirical studies have revealed that the Chicago Police Department has a history of disproportionately firing their weapons on Black and brown men.

The issue not only lies within the Chicago Police Department but within all police departments in America. These systems were built to make space for and maintain white supremacy.

Slave patrols were the foundation for the nation’s launch of racist behavior against African Americans. This system was composed of white men whose race-oriented mission was to terrorize and police slaves. Slave patrols and police departments are the same system, a system with underlying racist ideologies that are prevalent in our dysfunctional society.

From slave patrols to the Ku Klux Klan to the Jim Crow era to former racist President Donald Trump, people of color continue to be targets of racialized institutional and systemic bias. Police brutality has historically been perpetrated against individuals in lower socioeconomic levels and people of color.

Prosecutors of this case have attempted to justify Stillman’s actions by claiming that the officers had to make instantaneous decisions, which is an invalid argument. The police have been trained to lead by their subjective standards of what is dangerous.

The system has programmed police officers to perceive a person of color as an immediate threat, to be alarmed when approaching a person of color, therefore encouraging deadly force against Black and brown men.

The killing of Adam Toledo, unfortunately, is not an anomaly as seen and proven by the deaths of Daunte Wright, George Floyd, Breonna Taylor, Tamir Rice, Dijon Kizzee, Andres Guardado, Ma’Khia Bryant, Angel Zapata Hernandez, and countless others by the police.

In 2018, in a racialized situation, four of my young Hispanic and brown family members were held at gunpoint by the police in LA. Two of my cousins entered a convenience store while the other two remained in the car.

As one returned to the car to get their wallet, given that the car was locked the automatic alarms turned on, it attracted the attention of police officers that had passed by. The two police officers, without hesitation, arrested my cousin for absolutely no valid reason and slammed him against the hood of the car.

Following his unreasonable arrest, the officers proceeded to hold a gun to his head even though they had no reason to perceive danger. When one of my other cousins exited the car as she cried, the officers pointed their weapons at her and aggressively told her to “shut up.” Then, one of the police officers told my cousin who had exited the car that “if you had not been crying so loud when you came out of the car, I would have shot you.”

The police searched their car and asked them which gang they affiliated with. According to the Fourth Amendment of the U.S. Constitution, which protects people from unnecessary searches, the police had no right to search their car without consent. After clearly informing the police that they were not affiliated with any gangs, the police still continued to ask their stereotypical, race-based questions. By asking the stigmatizing question of which gang they belonged to, the officers demonstrated their contribution to the societal imposition of microaggressions.

The racial and political climate in America is utterly disheartening to me. As a person who identifies as a person of color as a Latina, I understand that this country is not kind to me, to my family, my BIPOC peers or the broader BIPOC communities as proven by the overwhelming number of police brutality cases. It is traumatizing to acknowledge the reality that one of my brown male siblings, cousins, or friends could have an unintentional encounter with law enforcement and be in immediate danger. These are thoughts that privileged white people do not have simply because of their skin color, and this is the biggest injustice to exist.

It beyond saddens me that the last person Adam Toledo was touched by while he was still alive was a racist police officer who killed him. Seeing Adam Toledo lying in his own pool of blood leaves me speechless.

Abolish the police. I yearn for a world of unreserved peace and justice.