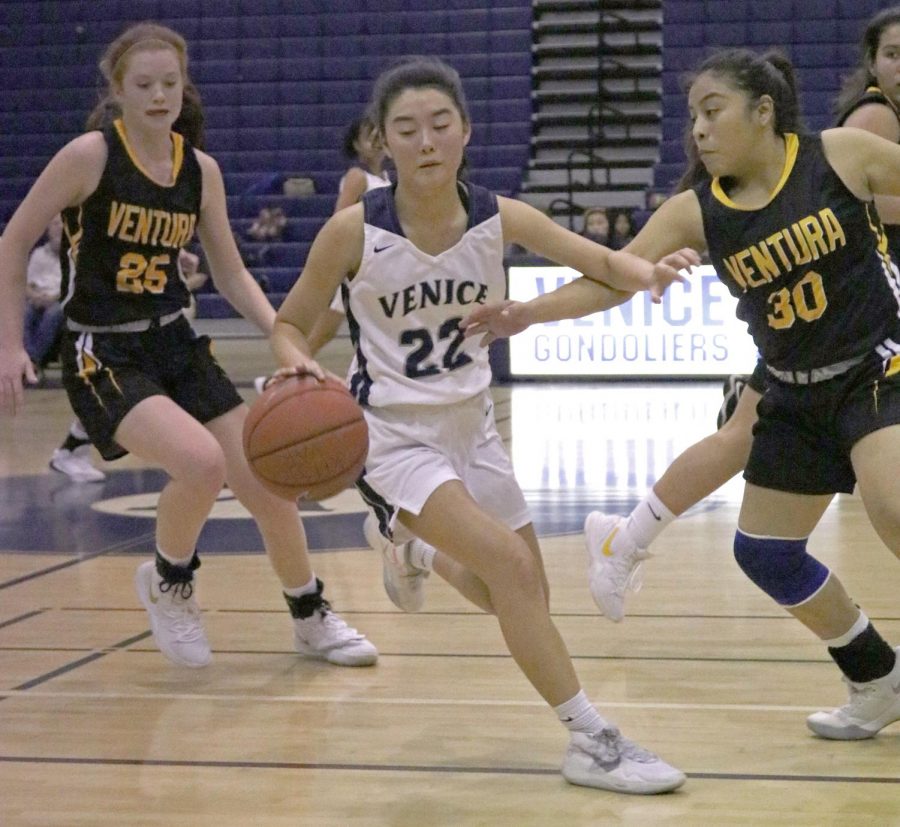 Today, girls’ basketball will play their first game of the season at home against Fairfax, which is always a solid match-up, coach Asjia Hasberry said.

“Fairfax is always a good game,” she said. “They have been bigger than us for the past few years, but our speed has given us the advantage so I’m excited.”

Hasberry appreciates the players for simply having “the will to be here.” Even after having to take a break from the sport due to COVID-19, the Gondos’ biggest strength is being together for almost three years.

“They trust each other and are willing to go to bat for each other when it gets tough,” she said.

In addition, the Gondos have a balanced team that brings many skills to the court, Hasberry said.

“Every player is a key player for us,” she said. “Each of them provide something that another lacks.”

Hong notices that every person on the team works hard during practice and tries their hardest during games.

“Most of the players on and off the bench are constantly communicating and encouraging their teammates during games and practices,” she said.

Overall the team players are expected to “play hard, not worry about the score, challenge themselves, and work together,” Hasberry said.

“These ladies will leave this program knowing that you live and you learn,” she said. “You will fail but don’t give up. Get up and keep fighting. Know what went wrong, then prepare for the next game.”

Although it has been awhile, Coach Flores says, “I’m just happy that the girls will have an opportunity to play.”