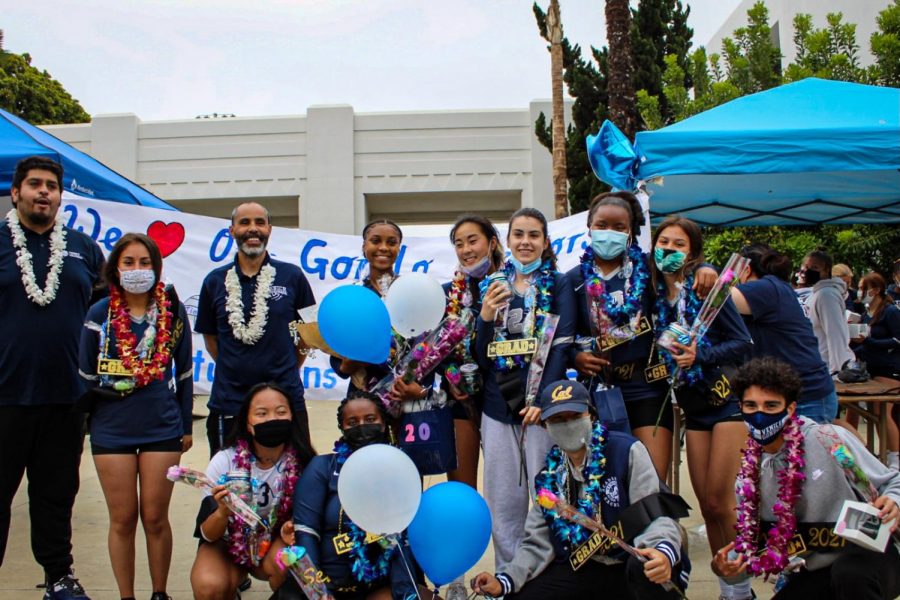 With the school year coming to an end, the Gondos were determined to win their final game on Thursday, May 13.

The game began with the traditional “Senior Night,” in which coaches and other players celebrated and cheered on their fellow teammates. Due to COVID, the team had to adapt to playing in the front of the school, rather than indoors. The grass was painted to mark the makeshift volleyball net.

LACES began the game with a strong lead over Venice.

“Wind was a definite influence on the match,” coach Raul Aviles said. “Random gusts of strong winds made it a bit of a challenge to adjust accordingly. One of our biggest strengths this match was our mental fortitude and ability to stay composed during tough times in the match.”

After losing the first two sets, the Gondos had bounced back. The team was focused and attentive. Despite some nerve-wracking moments, game-saving performances from senior Karylle Dizon and junior Daniela Kensinger kept the Gondos alive.

Before the last set, the team huddled one final time and hoped for the best with their fists raised up in the air.

Senior Michelle Lee served for most of this period, giving the team a great advantage.

The team then celebrated and took pictures in front of their banner for seniors while wearing their colorful leis and flowers. The seniors from the boys volleyball team were also acknowledged and congratulated for all their hard work throughout the program.

When asked about one thing that she would miss about volleyball, Lee said she will miss “being able to have the most supportive groups of girls to share laughs and laps with.”

Next, the Gondos will play today, Mar. 27, at 6 p.m. as the five-seed visiting the four-seed Taft Toreadors in the Open Division playoffs.

“We are so hyped to play a strong team like Taft. This is the first year we are in open so we are ready to prove ourselves,” says Lee