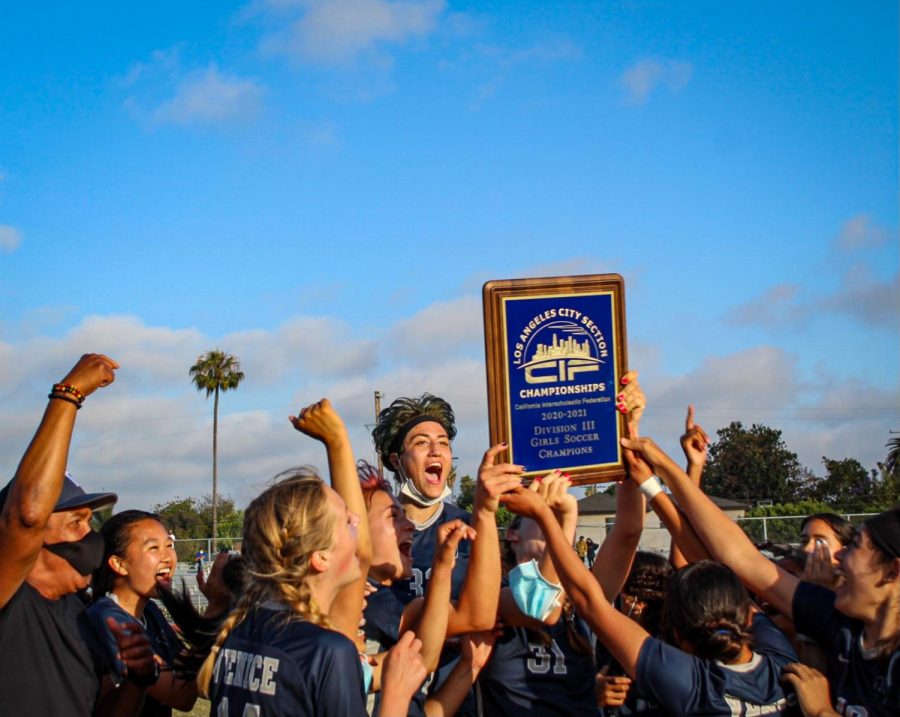 “Three championships in three years is an epic accomplishment,” said girls’ soccer coach Chaka Forman after the Gondos beat Legacy 4-1 at home Thursday, May 27. “We have shown the rest of the city that we mean business and are a force to be reckoned with for many years to come.”

How did the team manage to accomplish this? According to Forman, it was apparently simple.

“It’s a simple formula,” Forman said. “Hard work, united towards our goal, and loving each other along the way.”

In this game, the Gondos were dominant defensively, holding Legacy to just one goal.

“Legacy has some very skilled players who are used to having their way,” Forman said. “But our goalie Johana Ventureno and defense controlled from the back.”

The team was also great offensively from the start, as the ball movement was beautiful, everyone was supporting each other spatially and mistakes were minimal, according to Forman, who admitted that this was their best game all year.

To Forman, what makes this three-peat more impressive was that the team wasn’t expected to play a single game this season, so to be able to see it through for another title was a really great feeling for him.

“I am so proud of this team,” Forman said. “This group of girls will be remembered forever as the first champions of our new field and Venice and they made a lot of sacrifices to get here.”