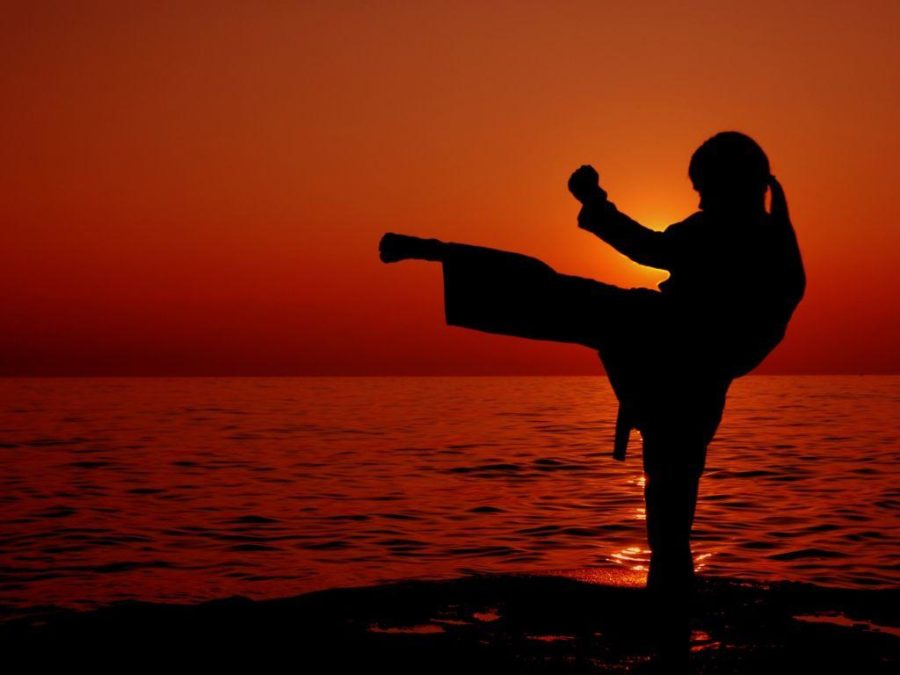 Growing up, I always watched cartoons, anime, and movies with superheroes or martial artists who would throw in different forms of martial arts in their moves.

Now, I can understand that some movements were romanticized or given a dramatic touch to make the fight scenes look cool. However, they were still amazing to a four-year-old girl. I remember always looking up to the strong, focused characters who worked hard to become the best versions of themselves.

I remember trying to imitate Jackie Chan and Bruce Lee in front of the TV screen, really believing I was training under them. They got me started on my awakening through martial arts.

Every martial art has similarities to others, and that is why I love learning new forms and techniques. You learn that everything is connected and part of the same whole, just separated a bit with its own uniqueness.

My first martial arts class was Krav Maga, a military self-defense developed for the Israel Defense Forces and security which derives from a combination of techniques sourced from boxing, wrestling, judo, Aikido, and karate.

Krav Maga comes in handy in terms of self-defense because it applies to other forms of martial arts. It taught me how to apply my thinking and strategies, not only with defending myself but also in my daily life. It’s important to apply what you learn from training to everyday life so that you learn how to strategically think for yourself in all kinds of situations.

I then picked up Muay Thai, which involves kicking and using a lot of leg power to bring down the opponent, kind of like kickboxing.

I will admit that I did learn Muay Thai because I wanted to master a lot of the cool kicks and spins my instructor demonstrated for me. But I matured as I grew and learned that Muay Thai was just like any other serious martial art—it’s not all about the cool moves. It’s about learning and applying it to daily life.

Brazilian jiu-jitsu came after. My younger sister and I both took that class and competed with each other and pushed ourselves to learn the take-downs smoothly (of course I would never let my younger sister claim victory). It’s a martial art and combat sport based on ground fighting and submission holds, sort of like wrestling. It’s good to learn, but it’s more my sister’s favorite.

I recently started getting into Tàijí quán or Tai Chi, which is a Chinese martial art that focuses on controlling the energy in one’s own body and applying a spiritual mindset to the smooth movements. Meditation and gentle physical exercises and stretches are also teachings applied to Tai Chi. It emphasizes using very little strength to defend oneself, instead of using graceful circular movements to avoid attacks and direct energy back at the attacker.

I am nowhere near like the pros or my instructor with this martial art. There are so many more teachings and forms of martial arts out there that I would love to learn to better my skills, technique, and experience. It takes years to fully master any martial art. Time and growth apply to all learning.

Martial arts teaches valuable lessons that benefit character development and help a person become the greatest version of themselves.