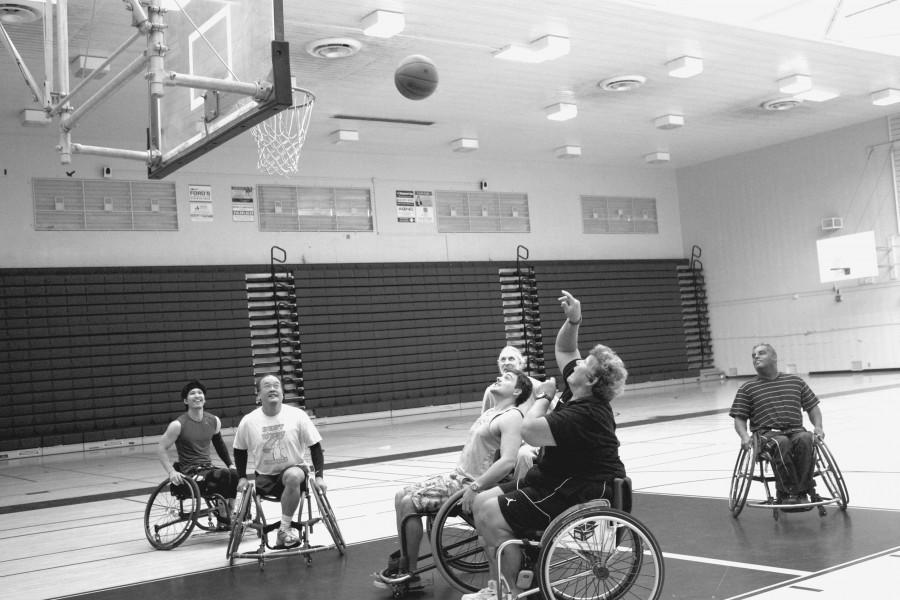 Angela Madsen scores some hoops in the West Gym at the wheelchair basketball game.

The Long Beach Flying Wheels is a non-profit organization that gives paralyzed veterans a chance to play competitive basketball.

Madsen has won five medals, four of them gold. After having a surgery go wrong for an accident that happened while she was in the Marines, Madsen used her skills to join wheelchair basketball as well as rowing.

In addition to Madsen, some members of the team who came to show the students how wheelchair basketball works were Coach Robert Soto, Robert Lew, and Jimmy Sutandar.