Gender roles should be abandoned 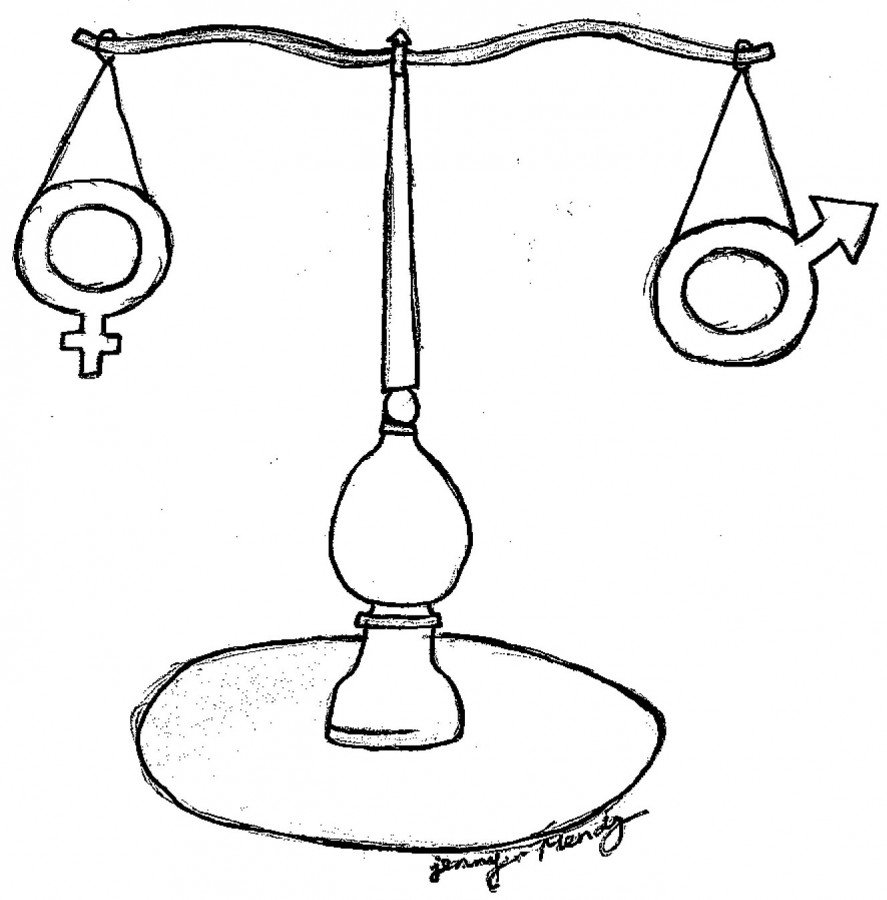 “Be a man.” “Don’t be a sissy.” “That’s for girls.” “Only guys do that.” All of these are examples of how gender roles are negative influences on people. Gender roles hurt people’s individuality and constrain them to “traditional” roles. We live in the 21st century and we should abandon gender roles completely.

For one, gender roles makes people feel bad about who they really are. If a guy wants to put on nail polish or makeup and do things traditionally classified as “feminine,” he runs the risk of being called a sissy, a fag and other hurtful things. Also, for girls if they like to play sports and do things that are traditionally classified as “masculine,” they may be called a tomboy, a lesbian, etc. People should just acknowledge that individuals like to do different things.

For example, the first time I wore nail polish I was constantly asked why and every time it was brought up, I felt a little humiliated. I first wore nail polish because I was curious and my mom’s friend let me try it. Of course my nails were red, so they were a little hard not to notice. I mean why do people care if a guy wears nail polish? In fact, a lot of male celebrities wear nail polish like Johnny Depp, Steven Tyler, Dave Navarro and Neil Patrick Harris. They aren’t questioned publically on why they paint their nails, so why should everyday guys be questioned? If people see someone with painted nails, they should say something nice or nothing at all and move on.

I have heard things like “there’s no crying in baseball” and “men don’t cry,” but I wonder why not? Guys showing emotion is perfectly normal, but people see it as a sign of weakness. In truth, I believe that crying just means that you have been strong for too long and just need to let it out. If you find out that a loved one died, what would you do? Not cry and bottle up your emotions, or cry and let out your emotions so that you can start to heal? People cry and we should let them have their moment, no matter what their gender is.

Why do we call people names and attempt to classify them? We are neglecting that all human beings are individuals just like us. What we as human beings should do instead is look at people as people and not judge them on their gender, sexual preference, what they wear or anything. Everyone is human and we should treat them the same way that we would wish to be treated. Some people who don’t fit into “traditional” gender roles might feel depression and some have even committed suicide because of embarrassment, bullying and rejection from society.

The moral of this, treat others equally and let people be themselves, no matter what they do.