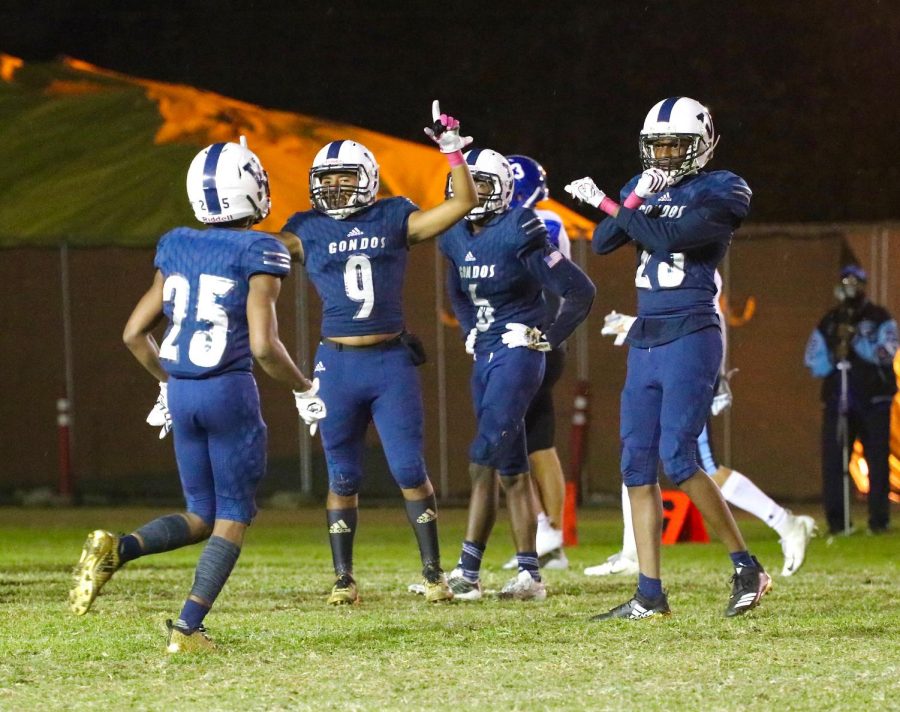 Football players at the Pink Out game.

Football, 5-3, will host the 6-4 the South East Jaguars in the 2021 CIF LA City Section Football Quarter Finals tonight. The game will be at 4:00 PM on the Venice field.

According to senior Cody Premer, a safety, the Jaguars are an athletic team and have a good quarterback.

“They have a fast quarterback who’s great at baiting corners to help,” Premer said. “We’ll practice our coverage and focus on staying on our wide receivers.”

Coach Angelo Gasca said the Gondoliers will stick to their usual practice routines.

The Gondoliers are coming off a 62-34 victory over the Kennedy Cougars last Friday. According to Gasca and Premer, the team had a strong first half but a slow second half start before regaining their stamina and closing out the game.

“Our defense started out great but kinda let out in the middle of the game,” Premer said.

Gasca also added that the passing game should’ve been better, which they’ll work on before the match against South East.