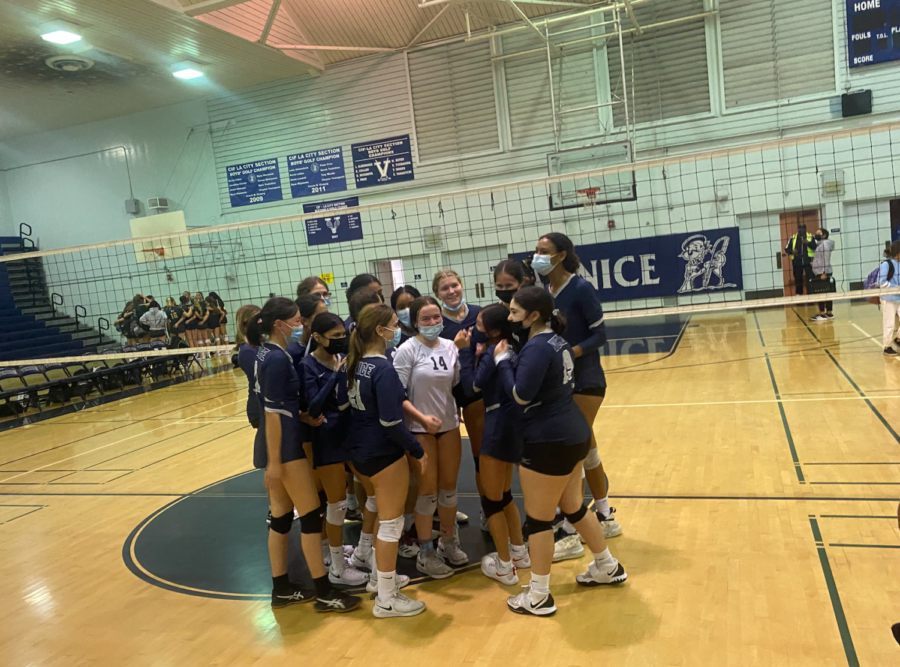 Girls’ volleyball, 49-4, has wrapped up a historically great season, bowing out of the CIF states playoffs to the 24-11 Carlsbad Lancers in a 3-1 second round loss on November 11.

The Gondoliers narrowly won the first set of the match 29-27 against Carlsbad before getting crushed in the last three sets 25-17, 25-16, and 25-10 respectively.

Despite this, senior Daniella Kensinger had some positive takeaways.

“We gave 100% effort against a team better than us,” Kensinger said. “Most of the girls in Carlsbad were over 6 feet tall.”

Aviles was proud of the way his team fought in a road playoff game.

“Going down into the homecourt of a #1 seed was a daunting task but yet again, the team stepped up and fought to take the first set,” Aviles said. “Even when our opponent kept pushing us, the team kept pushing and fighting.”

In spite of the loss the Gondoliers had an amazing season, starting the year off with a 13 game winning streak and closing the year 30-1.

Kensinger reflected on her last year as a Gondolier.

“Winning the city championship was so much fun to end the year and competing with the seniors all these years was a really cool experience,” Kensinger said.

Aviles was thankful for all the fans that supported the team throughout the year.

“It was an incredible season with an incredible group of girls,” Aviles said. “Wins come and go, but to watch them grow as individuals and as a team, to see the community, to come out and support these girls was something special to witness and be a part of.”