School Shootings Should Not Be Normalized 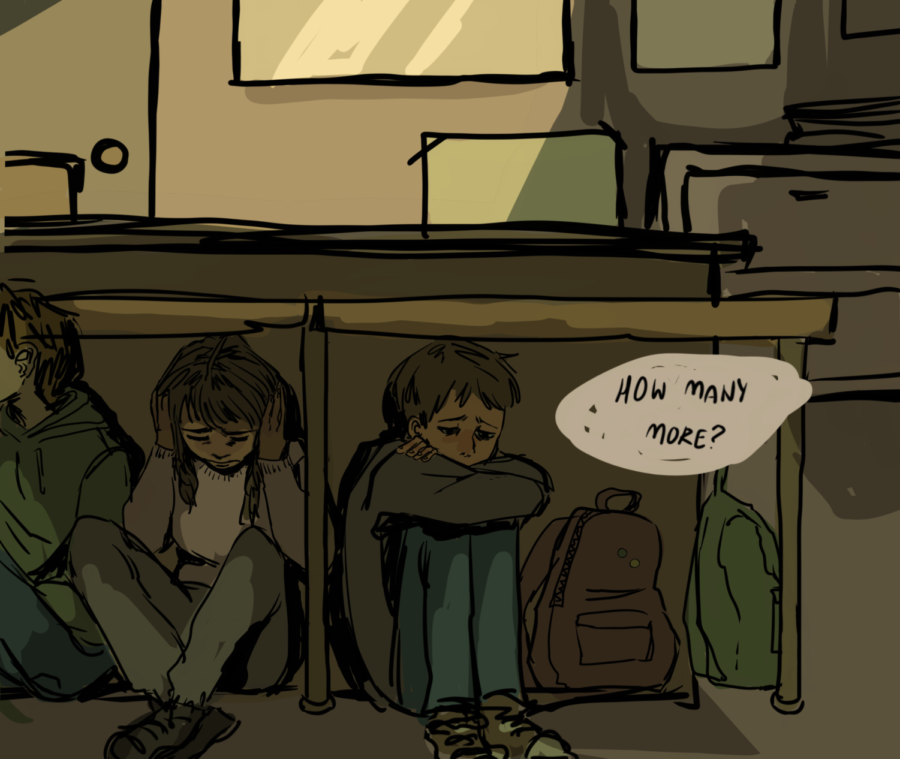 I still remember being an elementary school student doing school shooter drills and not understanding why we would have to do them. I would sit in my cold plastic chair during the Sandy Hook presentation questioning Why people would want to hurt me? I was just a kid.

On November 30, yet another school shooting occurred at Oxford High School in Oxford Township, Michigan.

Four deaths and seven injured. A survivor of the Oxford shooting posted a TikTok describing the aftermath.

She describes the struggles she’s had coping with what happened. In her hashtags, she wrote Class of 2024. She’s only a sophomore, and she’s going through trauma no one should have to go through at such a young age.

Unfortunately for American students, this is a reality we fear because we know how likely it is for it to happen.

In 1999, over 20 years ago, the Columbine High School shooting sparked the conversation on gun control and safety. Yet gun violence in schools is still an issue that plagues the country. The worst part is that school shootings are completely preventable. Just days before the shooting at Oxford, the parents of the gunman (Ethan Crumbley) had bought him a pistol as a Christmas present. In addition to buying their 15-year-old son a gun, they were notified by the school that Crumbley was looking up ammunition and drawing images of death while expressing he needed help because “the thoughts won’t stop” just hours before the shooting.

According to Alfred University, the biggest reasons school shootings occur is because the gunman is bullied, they don’t value life, or they’re victims of abuse. To make things worse, some gunmen have easier accessibility to guns either from owning one themselves or from their parents owning one at home.

Parents nor school administrators pay enough attention to the warning signs that can push someone over the edge to take others’ lives. When school shootings were addressed, students were made to feel that it was our own responsibility that we made everyone feel included so they don’t become a school shooter. Let that sink in. It’s our responsibility even as children to be kind, not because it’s the right thing to do, but so we don’t die.

A question that arises during these times is What is the obsession Americans have with guns? On one hand, they’re good for protection, but they also seem to fall in the wrong hands fairly easily. Every time gun control even gets mentioned to prevent situations like school shootings, it’s like you’ve just yelled out “no one is allowed to breathe without permission anymore.”

It’s ridiculous how the thought can’t even be mentioned despite young lives being lost. The youngest victim at Oxford was only 14, yet when offered a plan that involved gun control, senator Chuck Grassley still denied it because it’s “hostile” towards lawful gun owners.

School shootings are a uniquely American thing rooted in America’s obsession with firearms and lack of mental health awareness. Nothing will change until people finally open their eyes to that reality.

How much more trauma and death do American students need to go through in order for this reality to hit? It’s terrifying both as a student and as someone who has a little sibling who is growing up in a country where it’s so normal to hear that a school shooting occurred.

It’s terrifying living with the thought in the back of my mind that my life can end at a place I’m supposed to be safe and prepare for a future I may not see. School shootings should not be normalized and people need to finally value our lives over a hunk of metal.