An Eggcelent Reminder To Take Your Education Seriously 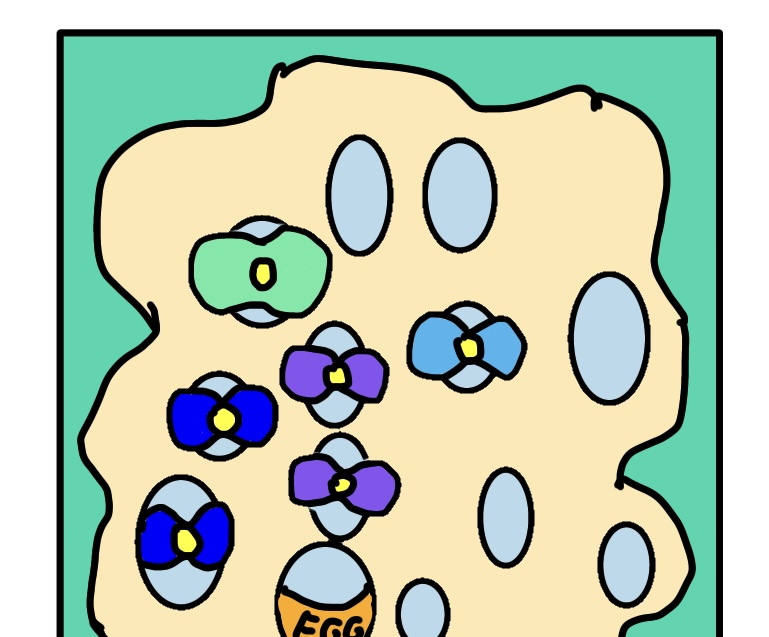 Ever seen something weird at school?

It’s pretty common to see something out of the ordinary on campus, but have you ever seen students walking around with eggs? No, I’m not talking about the yummy scrambled eggs you eat in the morning.

Students attending Venice High are taking care of an egg as if it’s their own human child— an egg baby—for Health class. The eggs are either plastic or have had their yolk removed.

You might think of it as a really strange thing to do in school, but once you learn the purpose, there’s actually a really unexpected meaning behind it all.

You’re probably wondering—why are students just walking around campus with an egg shell? According to Health teacher Sophie Sabbah, “the egg is only the fun part of the project.”

She started to explain the entire process of the project, referred to as the Egg Baby Project.

The project starts off with Sabbah spinning a wheel for each student, which decides what level of education they will have, for the purposes of the project. This means some outcomes can be high school dropouts or some have PHDs, or everything in between.

“And after that, then they have to create a budget and talk about taxes,” she said.

This includes how to budget your money for the month as well as shopping for all baby necessities. Don’t forget about feeding the baby, too.

“There’s 10 to 12 feedings and diaper changes, and you need to show that in the 24 hour log, which needs to be spread out evenly, because a kid eats every two to three hours,” Sabbah said.

The overall point of this project is to show the responsibility that comes with having an infant.

After the project, Health students gained a deeper understanding of what it’s like to be an adult, to live on their own, and be financially independent. According to Sabbah, they all appreciate their parents so much more.

“I give them just a little taste of what it’s like out in the adult world,” said Sabbah, “maybe they will take their education more seriously and do better in school.”

If you think about it, it’s actually a really great project—a mind-opening situation to bring upon students. Maybe they’ll actually stop and think, “I should take this more seriously and get to work.”

Junior Fatima Guerva provided some input with this project and described how her experience has been interesting.

“You realize that having a kid takes a lot of work and time and money,” she said.

Guerva said she has begun to take her education more seriously because of the project and to be careful, especially when having a significant other.

Overall, this project was a test for students to see what it’s like having the responsibility of not only an adult, but also an adult with a child. It’s a big life lesson.

“Nobody wants to be in high school spending almost two grand every month for a kid, because that’s where your future starts—with an education,” Guerva says.