What We Can Learn About Representation Through Myrna Loy’s Career 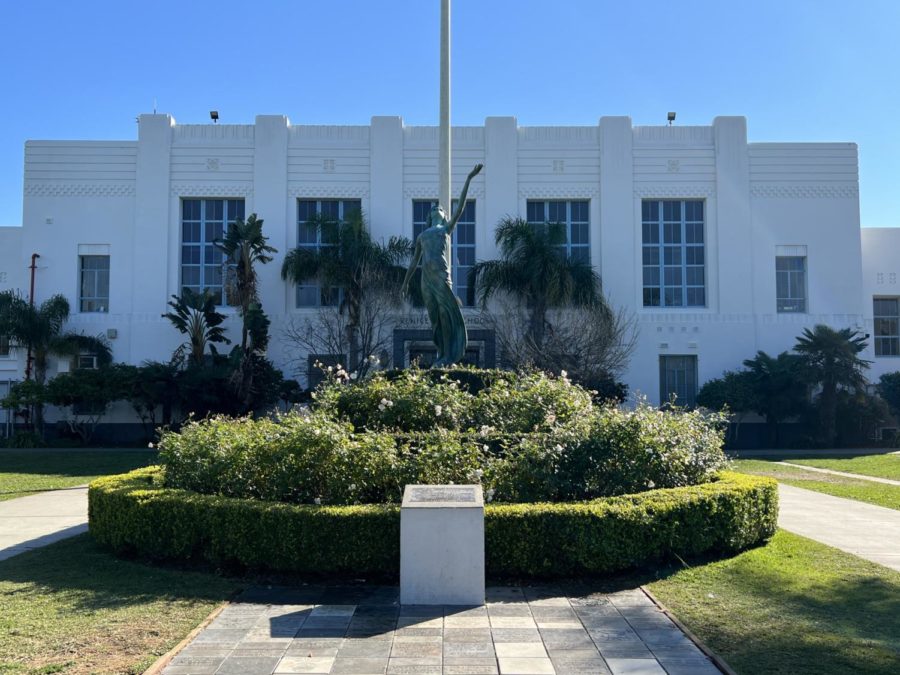 Standing in front of Venice High School, you see her everyday. Her name is Myrna Loy. She is credited as an amazing actress who once played diverse roles in well-known and praised films, now looked up to by many.

It is that statue—the one shown off at orientation, the one Loy modeled for a century ago that has long symobolized what amazing futures Venice High has created for its students over the years. It shows Loy off as an idol, an icon of success.

Known mostly for her role in ‘The Thin Man,’ Loy, however, has played offensive and stereotypical roles throughout her career as well. We need to look back and learn from Loy’s more insensitive work.

Back in the day, she portrayed the role of Asian women in multiple films, something that has continued to happen even in the present day. With Scarlett Johansson taking the role of Motoko Kusanagi in the 2017 film, ‘Ghost in the Shell,’ we see this event occurring to this day, even though Loy’s career was almost a century ago.

Though Myrna Loy’s portrayal of Fah Lo See in The Mask of Fu Manchu in 1932 is not directly responsible for these other films casting Caucasian women, it has shown that this kind of insensitivity can be awarded and applauded even today.

She also played a Native American woman in Across the Pacific in 1926 and an Indian woman in The Black Watch in 1929.

In the early days of film, it was extremely common to whitewash ethnic characters. Throughout all of these movies, they also sexualize Loy and the characters she portrays , further adding to the oversexulaization of minorities. This creates false standards and stereotyping of ethnic groups.

The misrepresentation cannot continue to happen. Loy can be a stepping stone to a more aware future.

Casting directors should be properly casting roles, and writers should be held accountable for the use of offensive and stereotypical roles. Meanwhile, students at Venice should be looking at Myrna Loy through a critical lens, realizing what she did wrong, and what needs to be done in the future.