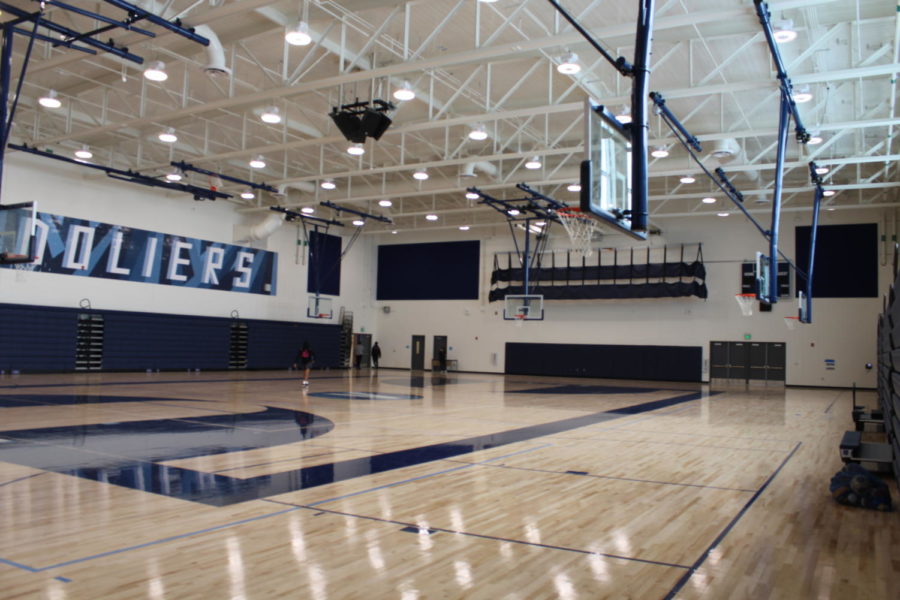 Venice’s long-awaited new gymnasium is now fully operational and open for student use, according to principal Cynthia Headrick.

“Officially classes started using the new gym yesterday,” she said. “We’re really excited to have kids in there. We’re now finding out some of the things that we need to adjust and change to make sure it’s fully meeting the needs of all of our students and staff and sports programs.”

The new gym was originally scheduled to open when students returned from the winter recess, but it was delayed due to some technical setbacks.

“There’s a number of hoops that need to be jumped through, as well as inspections and standards that need to be met, and one of the last things that held it up was getting the internet up and running in the entire gym,” said Headrick. “But it is now open.”

Students and staff alike are thrilled to be using this new facility and taking advantage of its state-of-the-art features.

Basketball coach David Galley, who is also Dean of Students, is enthusiastic to begin coaching in the new gym.

“We have a really state-of-the-art building,” he said. “It looks beautiful. There are athletic training services—so you have your hot bath and your cold bath—and the tables. So if anyone’s injured or needs pregame tape or to be stretched out, they’ll have all that within the facility, which is really nice.

“It has a main gym, which is just as big as our current West gym, and also a separate practice facility gym connected. Both of them have giant scoreboards and shot clocks.”

Teams will be able to practice inside of the gym during the offseason, which, according to Galley, is “something that we haven’t had for the last three or four years because of the construction, and that is the main way for us to really coach so that kids can practice [their sport], not just be on a track or running around outside.”

Senior Dana Escalera, a girls’ basketball player, believes the new gym will improve the overall performance of her team.

“I think it will help us a lot,” she said. “The floors in our old gym used to be very dusty, and we’d slip a lot. So I’m hoping to have a cleaner surface for us to keep playing ball. I’m also looking forward to the new locker rooms, because we have a tiny locker room, and there’s barely any space for us sometimes.”

Escalera hopes that the new environment will encourage athletes with some extra team spirit.

“I’m also hoping that it will also give us motivation during the games,” she said. “It’s kind of a new experience for us, too.”

The new gym will also include an aerobics room and weight room, along with all-new girls’ and boys’ locker rooms, team rooms, a ticket booth, and bleachers.

According to Headrick, the old gym is scheduled to be demolished in the near future. Outdoor basketball and tennis courts will be erected in its place. In addition, the softball and baseball fields will be open later this semester.

Venice is finally nearing completion of its nearly five-year modernization project, and our school community couldn’t be more excited to experience what the new facilities have to offer.