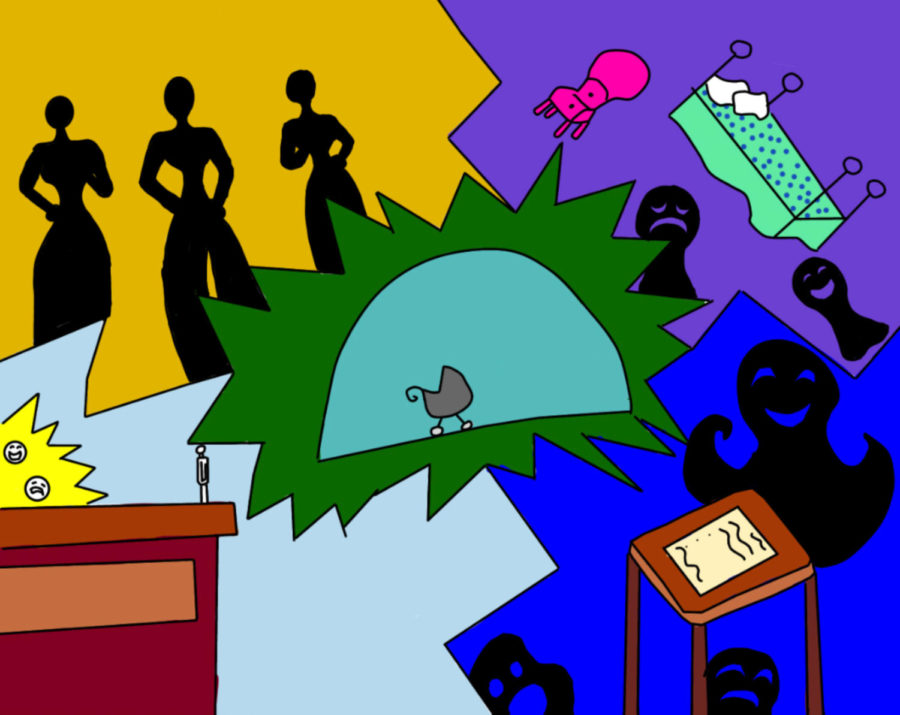 This spring, Venice High’s Theater Department is preparing for the Spring One-Act Festival, the first in-person production featuring an audience since 2019.

This one act show will occur sometime during May at Mark Twain Middle School and is comprised of five student-directed plays: “End of the Tunnel” by junior Dibrit Silva, “Come and Go” by junior Summer Hamzeh, “Things That Go Bump in the Night” by senior Adam Rodriguez, “Playwriting 101: The Rooftop Lesson” by junior Zael Mendez, and “This is a Test” by senior Daryll Action.

“End of the Tunnel” is about a mother who finds out she lost her baby in the aftermath of a hotel fire.

“Come and Go” stars three women named Vi, Ru, and Flo who meet each other again after many years and are hiding secrets about each other that only they know.

Additionally, “Things That Go Bump in the Night” follows Tracy, a girl who is convinced there are mysterious figures, known as “futon people”, who are entering her house and moving her furniture throughout the night.

“I’m fascinated when people can make things that make others feel things,” said junior Zael Mendez, the director of “Playwriting 101: The Rooftop Lesson.”

The dark comedy will be about students putting on a play about two kids. One of the kids is trying to commit suicide.

Mendez is currently enjoying the process of directing and being in theater.

“I enjoy working with everyone in my cast and it’s opened a lot more options for me career-wise.”

Last but not least, senior Daryll Action is directing, “This is a Test”, a story about a kid named Alan who has anxiety about an upcoming exam and his fears and worries manifest in the form of a dream.

“I first had an interest in being in theater and acting, and then when I saw how much fun it would be to direct, I was like, ‘Oh yeah, this is definitely for me more than acting,’” he said.

Action is confident and enthusiastic about his role as a director.

“Having a leadership role is a lot of responsibility, but it’s something I can handle,” he said.

“It definitely is a lot of fun.”

Freshman Zara Seldon will play Mr. Williams in “This is a Test” and Ru in “Come and Go.”

Seldon acted in the department’s previous play, “You Can’t Take It With You.”

“I wanted to act in the festival because I thought that student-directed plays sounded like a great way for us to harness our creative energy,” Seldon said.

“I do enjoy acting in these plays because I like being able to portray my character in a way that is authentic to me.”