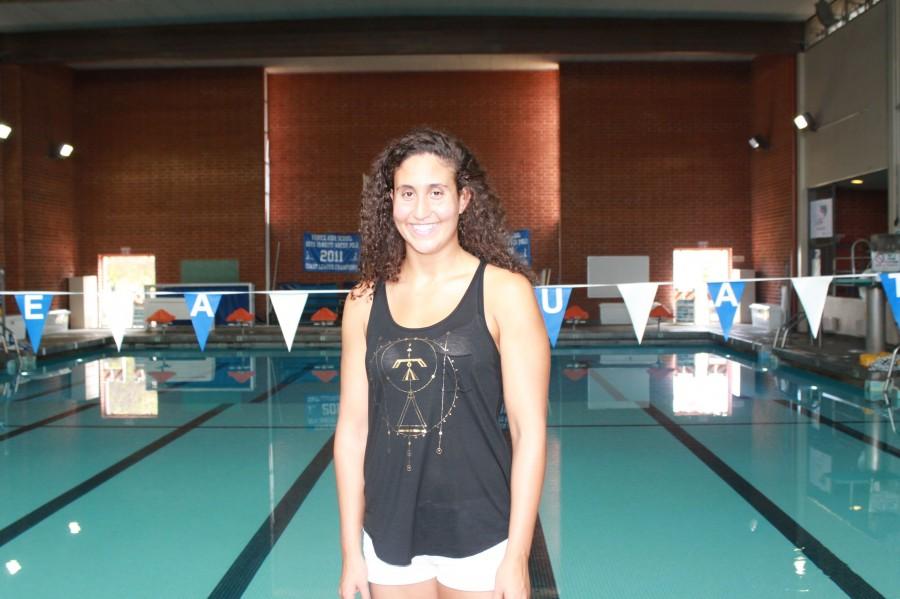 Venice alumnus from class of 2009, Andi Murez, will be swimming for Israel in the 2016 Summer Olympics Games to be held in Brazil.

Native to Los Angeles, Murez grew up swimming with the Santa Monica team. She swam all four years while she was a Gondo. She also became the keeper of many Los Angeles city records –her name lines the wall at the Venice High pool– such as 100 and 200-meter freestyle, 100 in butterfly and backstroke.

Then while attending Stanford University, she was an All-American and competed in national championships all four years she attended. Murez also won two NCAA championships in relays both in 2012 for the 200 and 400 free relay as well as a number of top eight finishes. Murez won not only a gold medal but silver and bronze for the US at the World University Games in 2013.

“I swam in the 2009 and 2013 Macchabiah games in Israel,” said Murez on explaining what drew her to swim for Israel versus the US. “ I really enjoyed both trips and the people I met, so I decided that it would be an amazing opportunity.”

The Maccabiah Games are the Jewish Olympics, which are held in Israel a year after the Olympic games. During the competitions, she was still representing the US. She spoke with members of the Israel team and she learned she could represent Israel in the Olympics.

Murez is currently training with some of the Israeli National team in high altitude camp in Italy. Due to less oxygen in the Alps, it helps the athletes produce more red blood cells and improve their overall fitness.

Murez explained in an interview with the Oarsman that she could thank hard work and good support from family for helping her throughout her career.

“Work hard, but enjoy the sport, I think that has been the key,” said Murez when asked about advice for student athletes.