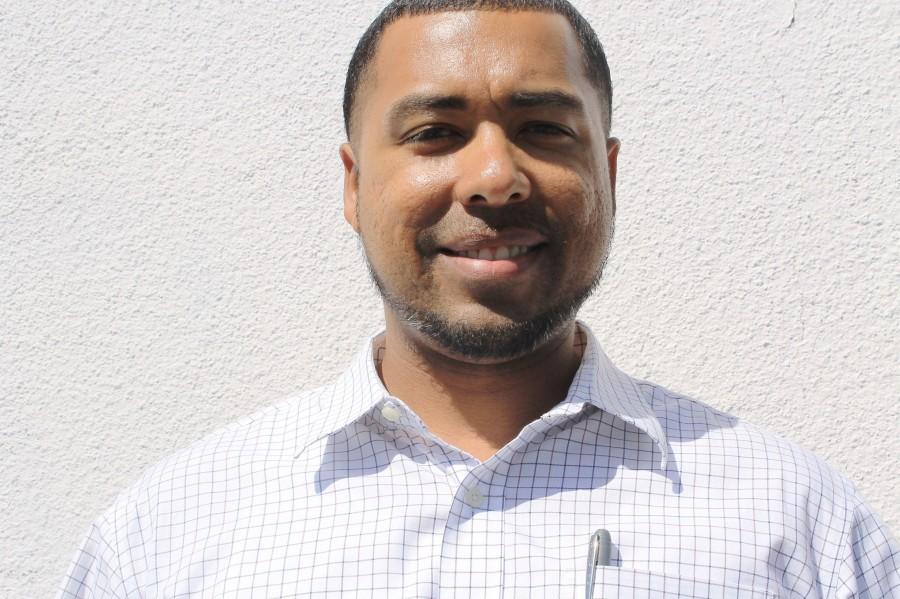 A month into the school year, after not having a college counselor, Venice High School welcomed a substitute college counselor. After a month of being a substitute, Mr. Guy Cerda, who prefers being called Mr. Guy, has been officially hired as the permanent college counselor for the school.
Mr. Guy is a Loyola Marymount University alumnus. Before coming to Venice High School, Mr. Guy worked as a college counselor at Hollywood High School for three years and at Cortinez High School for four years.
Seniors at Venice High School exhaled a breath of relief when they heard that the school finally hired a permanent college counselor.
In only two months of working at Venice, Mr. Guy has already organized college fairs, personal statement workshops, and has planned financial aid workshops when students return from winter break.
Mr. Guy said he is here to help increase the number of Venice High School students going to college and achieving higher education. Before his career in college counseling, he was in real estate, but because he saw a lack of mentoring in preparing students for college and the real world, he decided to change career paths in hopes of making a difference.
The 2015-2016 school year started off with a new principal, new teachers, but no college counselor. With college applications around the corner, seniors were freaking out. College Counselor Nilou Pourmoussa worked here for three years but her job for the fall was not guaranteed so she took a job at another school.
“I was worried about not having someone to help me fill out the UC app, the Common App, and the Cal State app,” said senior Laura Antonio. “I was also worried about not having someone read over my personal statement and not having someone write me a letter of recommendation.”
Many seniors were not able to register for the Oct 3rd SAT on time due to the limited amount of SAT fee waivers available for the school. The college counselor is in charge of distributing SAT fee waivers, which allows students who qualify for free or reduced lunch to take the SAT for free.
“I didn’t know who to ask for a fee waiver and everyone that I did ask had no idea,” said senior Angie Maximo. “Everyone I asked directed me to someone else who didn’t know either. I was scared that I would miss the October deadline (Sept. 3rd), so I ended up paying the full price.”
Mr. Guy’s main goal for the school year is to make sure that all Venice students are well educated on what it takes to graduate from high school and make it to college. He wants to get to know everyone, especially the shy students who have good grades and a good chance of getting into college, but are afraid of seeking help.
Mr. Guy is available every day during lunch, nutrition and after school in the College Center (second floor in the main building, across from the library). If any seniors are in need of letters of recommendation, college application help, or personal statement edits, this is the man to go to.