James Bond Back in Action 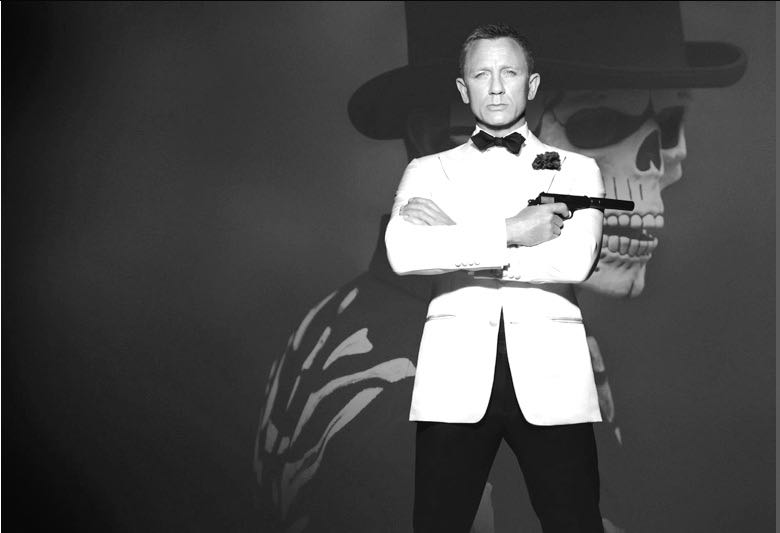 The spectre of James Bond’s past looms large over this latest installment in the billion dollar franchise. “Spectre” is Director Sam Mendes’ second consecutive Bond outing starring Daniel Craig as his fourth time portraying Bond. He has old scores to settle. Characters speak from beyond the grave. And beginning credits even open with the somewhat ominous words “The dead are alive.” What’s missing is the unexpected emotional urgency of “Skyfall,” as the film sustains its predecessor’s nostalgia but with a less sentimental bent.

A cryptic message from Bond’s past sends him on a trail to uncover a sinister organization, Spectre. While M (Ralph Fiennes) battles political forces to keep the secret service, MI6, alive, Bond peels back the layers of deceit to reveal the terrible truth behind Spectre. Bond infiltrates a secret meeting and uncovers the existence of the sinister organization led by Ernst Blofeld (Christoph Waltz).

Meanwhile back in London, Max Denbigh (Andrew Scott), the new head of the Centre of National Security, questions Bond’s actions and challenges the relevance of MI6 led by M.

Bond covertly enlists Moneypenny (Naomie Harris) and Q (Ben Whishaw) to help him seek out Madeleine Swann (Lea Seydoux), the daughter of his old nemesis Mr. White (Jesper Christensen). Mr. White may hold the clue to untangling the web of Spectre. As the daughter of the assassin, Swann understands Bond in a way most others cannot. As Bond ventures toward the heart of Spectre, he learns a chilling connection between himself and the enemy he seeks.

“Spectre” is a love letter to the classic Bond films. While it might not be the masterpiece some people seem to have expected, there is a lot to enjoy here. It’s a solid, almost classic Bond film with insane action, great set-pieces and a fantastic cast. Upon first viewing, I’d rate it a solid 9 out of 10 stars.

This film changes its atmosphere a bit, making it less serious compared to “Skyfall,” adding some humor into the Bond character and one-liners. “Spectre” contains a lot more over-the-top action sequences although some are flawed in the end like the car chase scene with Mr. Hinx (Dave Bautsista) chasing Bond in the streets of Rome. As for the villain, Bofeld was quite a underwhelming character as he was given less screen time than he should’ve received to be well developed.

Even with these flaws, the film was still able to entertain and maintain its momentum with the ensemble cast pulling off their roles once again with newcomers such as Swann and Hinx. And Craig once again portrays Bond as if the character were truly his.