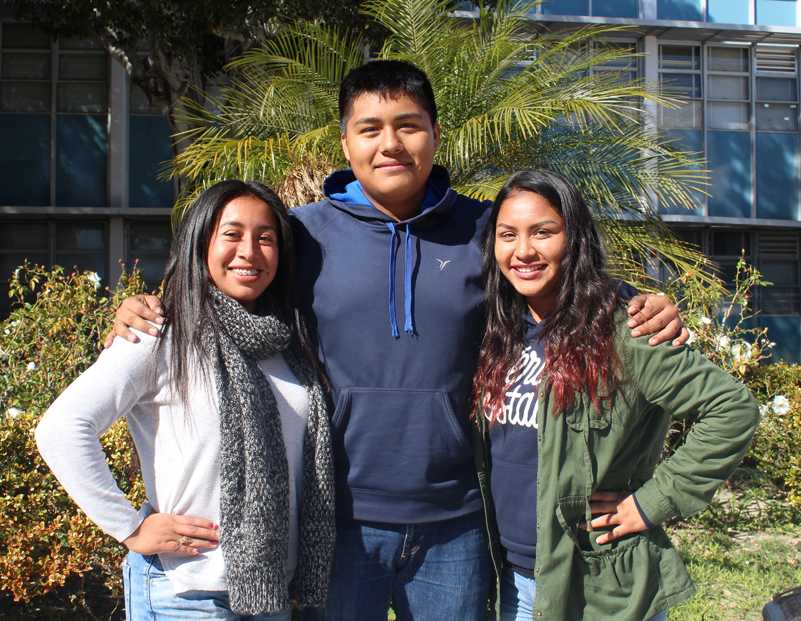 Three students from Venice High were participants in this year’s annual Rose Parade in Pasadena. The parade welcomes the New Year with intricately decorated floats and marching bands that walk down Colorado Boulevard.

Maximo auditioned for a part in the parade three years ago after an alumnus of Venice’s marching band informed her about the All-City Band auditions. She said she jumped at the opportunity to be in the band. She has been a member of the All-City Band for three consecutive years. In her first year with the band, she played the cymbals and in the two years after, she was part of the shield line, where she carried shields that spelled out Los Angeles.

“The experience was incredible,” said Maximo, “Not only do I take home the pride of marching in the Rose Parade, but also the friendships I have created with many students from all over LAUSD.”

Even though this was her first time playing with the All-City Band, with a lot of practice, Sanchez was able to play cymbals in the Rose Parade.

“My brother is one of the instructors there [for the parade] so he informed me about it and encouraged me to audition,” said Sanchez. She played with the cymbal line. Sanchez dances with the dance team at Venice High. This was her first time playing an instrument with an organized marching band.

“It was a great experience,” said Sanchez.

Lazaro plays trumpet for the Venice High School band. When offered the chance to play with the LAUSD band in the Rose Parade, he took advantage of the situation.

“The experience was very fun. It was a once in a lifetime opportunity,” said Lazaro.