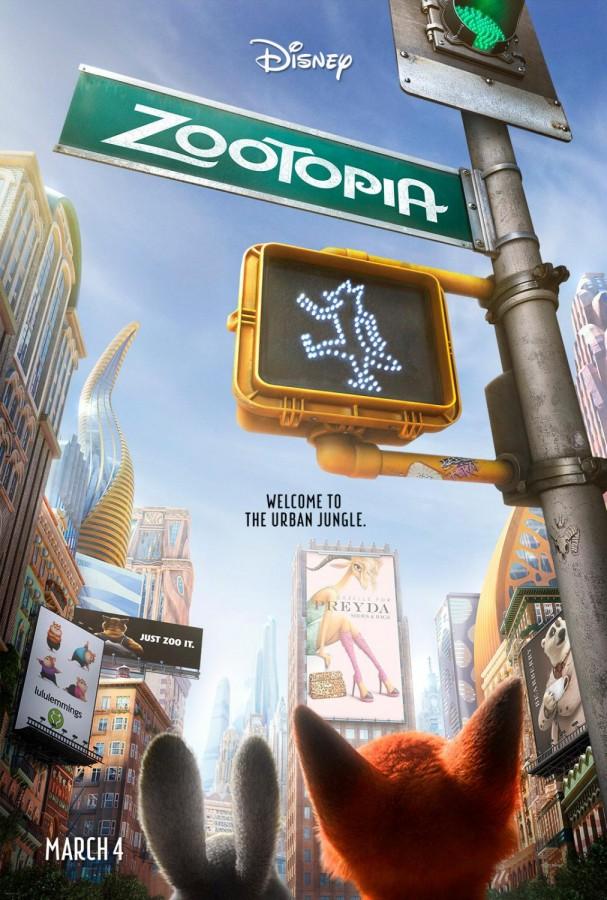 If you’re looking to watch a movie over spring break, “Zootopia” is the perfect film.

Everyone should watch this movie because even though it looks like it’s aimed towards a younger audience, it relates to people who are struggling with discrimination.

I love this movie because it included comedy, suspense and sad moments. It’s a perfect movie to watch with your whole family or simply with friends. This story relates to problems that people face in society today. It’s a message to people who view and base their opinions off of what they see on the outside and doubt another’s abilities. I really recommend this movie because it’s entertaining and teaches a thoughtful message.

The protagonist in the movie, Judy Hopps, is a female bunny who has a dream of becoming a police officer in the city of Zootopia, where predators and prey come together as a society and don’t fear each other. She faces many challenges while trying to achieve her goal. Every animal doubts her abilities of being a good cop because she is so small and doesn’t look intimidating compared to most other animals. Even after all of the doubters try to discourage her from achieving her goals, she believes in herself and keeps fighting for her dream job.

After she nails her dream job, the police chief assigns her to the simplest job of being a meter maid because he doesn’t believe in her abilities. She tries to prove him wrong by finding a missing otter in town.

Throughout her journey, she makes friends with a supporting character named Nick Wilde, who is a very sly fox. She builds a strong friendship with him because of commonalities they both faced in their childhood. They both were bullied when they were younger because everyone was skeptical of their dreams just because of the type of animal they are.