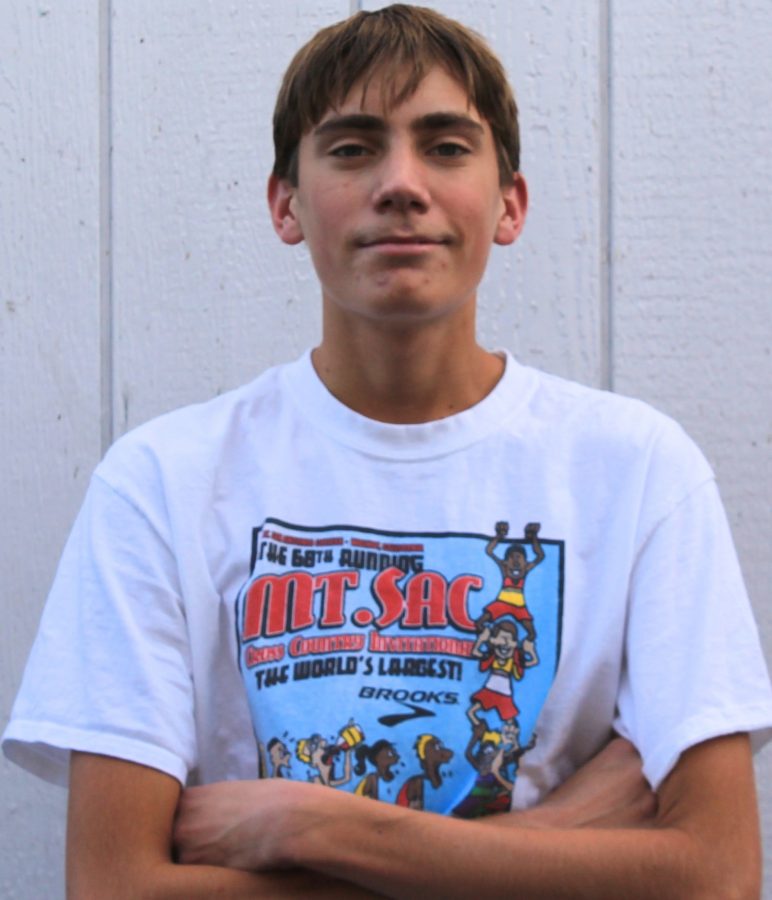 In order to receive an A in running the mile, it is required for PE students to run four laps within 8 minutes. In the time that it takes the average PE student to complete a mile, senior track star Paul Luevano would have already completed two miles. Luevano is incredibly fast.

From the moment that Luevano stepped on the line at his first race as a high school athlete, he has improved gradually, surpassing most of his competition. Over the course of his high school career, Luevano has won the CIF LA City Finals Champion title consecutively for two years in Cross Country and three years in Track for 3,200-meter, placed 9th in the Cross Country Division I CIF State Finals 2015 and ranked #4 Best All-Time LA Cit Section Athlete in the 1,600-meter and 3,200-meter.

“It’s a dream for any coach to get a runner at that level,” said Coach Vidal Sandoval, the head Cross Country and Track coach.

With track and field state preliminaries still to come, Luevano hopes to come in the top six in either the 1,600-meter or the 3,200-meter at state Finals although Luevano has had several successful races against the best runners in the state, he believes that there are always ways to improve.

Despite all these accomplishments, Luevano still considers himself an unexpected winner. When referring to the races where he set personal records, Luevano states, “I was still considered an underdog. I wasn’t even listed among those who were expected to break 9 minutes in the 3,200-meters at Arcadia. Same thing with Azuza,” he said, where he set his personal records in the mile.

Luevano’s workouts consist of 400-meter repeats, and speed work. Many of his workouts are done alone, meaning that he alone had to push himself to another level.

“Sometimes I do more than what he (Coach Sandoval) asks me to do. No joke,” said Luevano.

By his 10th track season, Luevano made his way to the state Championship Finals for the first time ever in his high school running career. However, he did not cross the finish line as a champion. His first experience at state Finals can be described as “pretty bad,” said Luevano. As he stood on the starting line with the best runners in California for the 3,200-meter race, he was overwhelmed.

“He was so young, inexperienced,” said Coach Sandoval. ‘He never ran that level of competition.”
Luevano finished last in the 3,200-meter race with a time of 10:07.70 minutes.

“It really sucked,” said Luevano. “I got lapped by the winner. I felt upset and angry.”
That setback only made him realize that there was a big world to conquer.

“Ever since that day I have been training to reach that level,” he said.

Two years later, not only had he set impressive personal records, he has also destroyed Venice High records. He currently holds the frosh/soph cross-country record from 2013, varsity cross-country, varsity 1,600-meter and varsity 3,200-meter records. The oldest Venice High records to be destroyed by Luevano was the 1,600-meter record, previously made by Danny Jordan in 1990.

“This record will stay up on that record board for the same amount of time it took to break it,” said Coach Sandoval.

Luevano has received numerous enticing offers from several universities including Berkeley, UCLA, and Oregon. Luevano has decided to commit to Boston University with hopes of majoring in Marine Biology. Luevano said he chose Boston because of the opportunity to further his academic studies while also pursuing a future in athletics.

With this mentality, Luevano will join the Boston University Cross Country and Track Team this fall, where he will “keep working hard,” said Luevano.