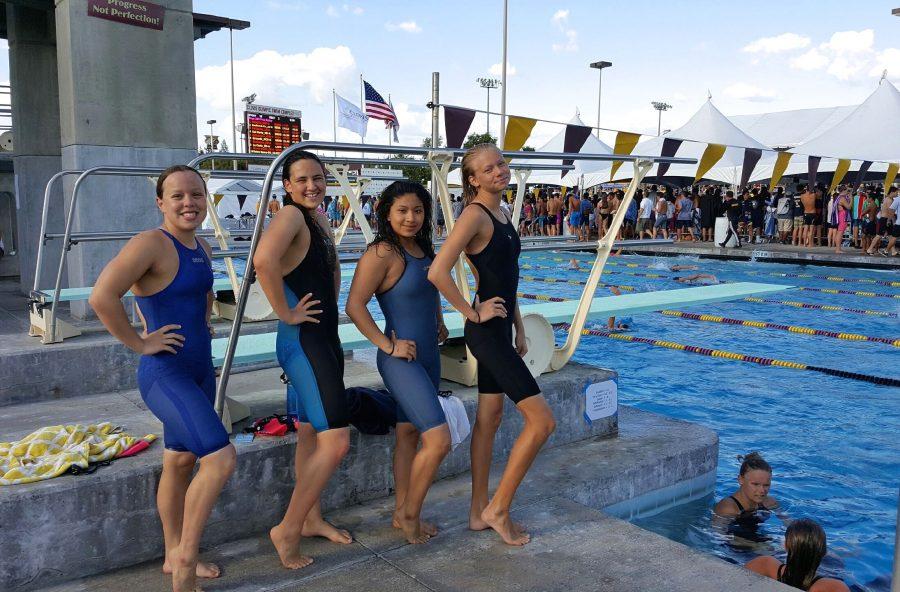 The girls placed third and the boys placed fifth in the LA City Section Finals, both better than the previous season. This year, Venice had the largest amount of swimmers make it to the state championship of all time, according to team captain Iris Jacobs. Along with the swimmers, the divers also had a very successful season.

“This was an excellent season for us,” said Jacobs. “We had a very strong showing at league prelims and finals. Toward the end of the season, a few swimmers lost focus, but overall I think our attitude as a team was the best of the four years I’ve swum for Venice.”

There was a record number of state qualifiers at East L.A. College May 13. The divers who qualified for state were William Yi and Sanam Vilani. The girls varsity 200 relay team qualified too. The swimmers on the relay were Jacobs, Hopkins, Berman and Danielle Cid. Jacobs also made it to state for the 500 freestyle. Hopkins made it to state for the 50 and 100 freestyle. Berman qualified for state in the 100 fly and won the 50 freestyle and broke two of Venice’s records at city finals. Colin Chun broke the boys varsity 50 freestyle record.

“Our team did very well this season. We won most of our meets in our division which is amazing!” said senior Simon Greiner.

The state championships for both swim and dive will be held at Clovis High School in Fresno on May 20th and May 21st.

In total, this season went very well for Venice. Venice won every league meet except for Palisades. Many team members made it far in league prelims and finals.

“If more swimmers were dedicated, we could’ve taken many more kids to city finals and possibly could’ve been city champs,” said Greiner.