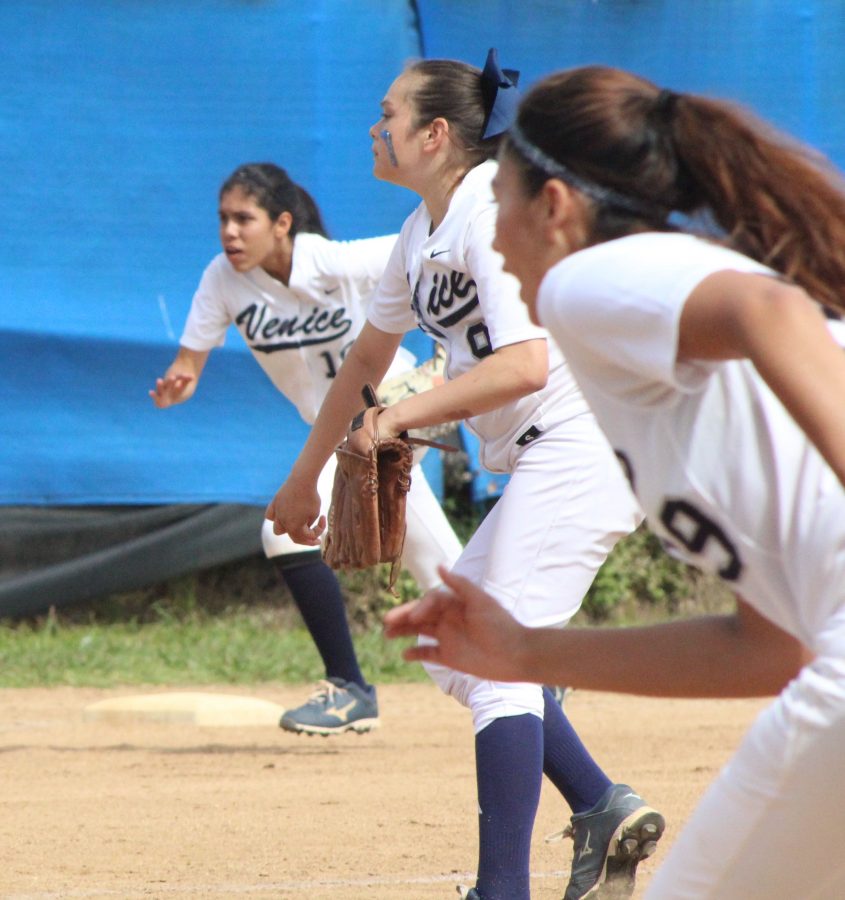 The varsity softball team’s season ended in the first round of playoffs against Eagle Rock, with a score of 3-4 on May 10. The team’s overall record for this season was 15-7, including tournaments, and they finished first place in the Western League with a record of 11-1.

With the strong record, the team and coach were able to focus on the upcoming playoff game against Eagle Rock. Sadly, they lost by only one run, but Coach Ryan Shimizu was still proud.

“The girls on both teams played extremely well,” said Coach Shimizu. “They both competed really hard.”

Venice scored a run in the first inning, but Eagle Rock had a great four runs in one single inning, leaving the score 4-1, said the coach.

“We tried to come back in the fifth and sixth innings to get the score up 3-4,” said the coach. “But we chipped away, and the score stayed at 3-4.”

Junior Erika Soto enjoyed her season but thought there was room for improvement.

“An improvement we needed to make was adjusting to quicker and slower pitchers,” said Soto “But I think we had a good run, we dominated in league.”

Managing the game for the Gondos was sophomore Brianna Grold.

“Our team played well, but if they batted better, they could’ve won,” said Grold.

Reflecting on the year, Coach Shimizu said that this season Venice was clearly the superior team in league.

“In the one losing game against Hamilton, I have to give them credit for the win,” said the coach.