Movies for Spooky Nights In 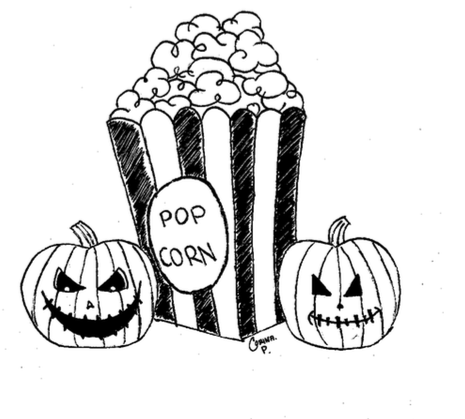 With Halloween just around the corner, here are 10 movies to watch for a spooky night in! You can find these movies online.

Perfect for those who aren’t into horror movies, this 1966 animated TV special follows The Peanuts gang. Linus (Chris Shea), hopes to receive a visit from the Great Pumpkin while Charlie Brown (Peter Robbins) gets invited to his first Halloween party.

This 1922 German silent film, an unauthorized adaptation of Dracula by Bram Stocker, was an instant success following its release in the United States.

Night of the Living Dead

The nation goes into a state of panic when the dead come back to life in this 1968 black and white film.

A Nightmare on Elm Street

Written and directed by Wes Craven, this 1984 supernatural horror film revolves around several teenagers who are stalked and killed in their dreams and hence get killed in real life by Freddy Kreuger (Robert Englund). The teens from the fictional town of Springwood, Ohio are oblivious as to what is causing this rare occurrence until they discover their parents have a dark secret from years ago.

Based on the novel by Stephen King, this 1980 psychological film is set in the isolated Overlook Hotel in Colorado. Jack Torrence (Jack Nicholson) becomes the hotel’s caretaker during the winter in order to cure his writer’s block. He later discovers the secrets of the hotel and becomes a homicidal maniac, looking to terrorize his own family.

The Silence of The Lambs

Clarice Starling (Jodie Foster) is asked to interview Dr. Hannibal Lector (Anthony Hopkins) who is an intelligent psychiatrist, but also a violent psychopath and is serving jail time for numerous counts of murder and cannibalism in this 1991 psychological thriller.

This 1978 slasher film follows 21 year old Michael Myers (Nick Castle) who murdered his sister at the age of six. He is convicted and escapes fifteen years later, returning to his hometown of Haddonfield, Illinois to kill again.

The 1991 film based on characters from the cartoon of the same name by Charles Addams, received positive reviews after its opening. The movie follows The Addams family and how they deal with a suspicious man claiming to be a long lost uncle.

An urban legend that viewers will die seven days after watching a mysterious video is depicted in the 2002 American remake of the Japanese horror film Ring.

12-year-old Ragan MacNeil (Linda Blair) begins to act strangely and experiences violent outbursts with everyone who comes in contact with her. Father Joseph Dyer (Father William O’Malley) comes to the conclusion that she is possessed, so he performs an exorcism in this 1973 film.