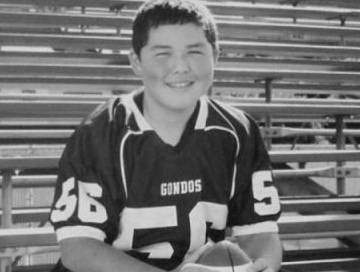 Joseph Tachiki,15, was a beloved student and son of longtime English teacher Christine Tachiki here at Venice High School. He passed away last Thursday, Sept 29. After suffering a minor concussion while playing football, he was diagnosed with two brain aneurysms that had been growing for years, according to teacher Kirsten Farrell. A brain aneurysm is the enlargement of a weakness in the arterial wall that can be fatal if it ruptures. The concussion itself was not the cause of death, but rather led to discovery of these aneurysms, said Ms. Farrell.

He suffered complications as a result of surgery on the aneurysms and was later taken off life support after showing no brain activity.

Tachiki will be remembered as a hardworking student, who was captain of the junior varsity football team, a member of the Sports Medicine and Solar Cup teams, and an example for all.