Altar for Day of the Dead 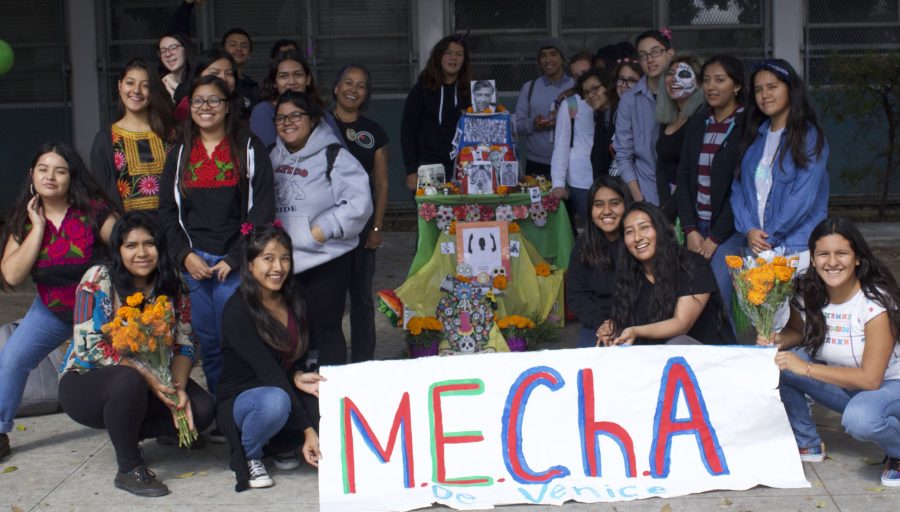 Day of the Dead starts on Tuesday Nov. 1 and ends on Nov. 2. M.E.Ch.A, the Black Student Union and the Gay Straight Alliance worked together on an altar for the Day of the Dead and it will be displayed on the side of Cunningham Hall. The altar had the three traditional levels that represent heaven, earth and purgatory. The front of the altar is for passed children, the left for women, the right for men, and the top for the elderly.

The altar itself was adorned with Marigolds, sugar skulls, pictures of people who have passed away, and anything that would be enjoyed by those being celebrated.

M.E.Ch.A, BSU and GSA assembled the altar on Nov. 1. At lunch on Nov. 2, students spoke about those who have passed.

Dia De Los Muertos is a merged holiday of Catholic and indigenous beliefs celebrated to honor and celebrate the lives of lost loved ones.

“It is a holiday that recognizes death as a part of life,” said Spanish teacher Andrea Page. It originated in Mexico, but it’s also celebrated in Guatemala, Spain, Brazil and the United States, according to ibtimes.com; a leading provider of business news and current headlines from the U.S. and around the world. The first day of Day of the Dead is to celebrate the lives of children who have passed and the second day is for adults and elderly people.

Among those being honored are Joseph Tachiki, 43 students that disappeared in Mexico, and deceased victims of police brutality.