The Boys’ Bathrooms are Absolutely Disgusting 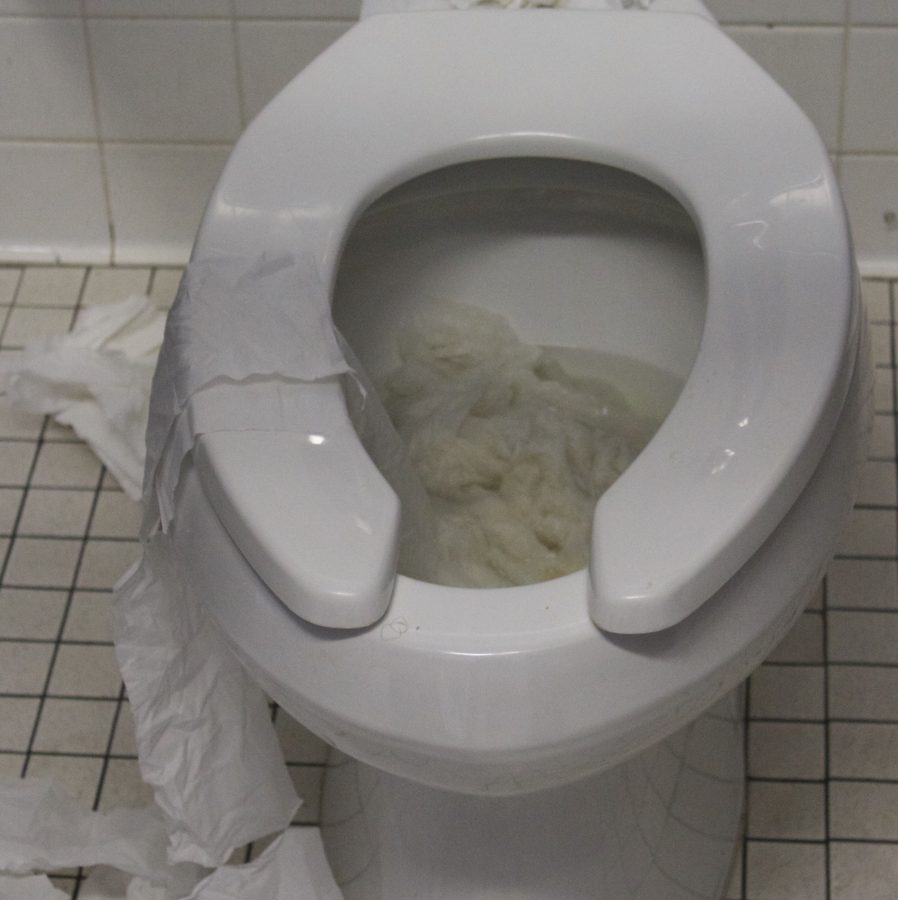 Using a school bathroom can be described by most as an uncomfortable experience. The number one reason for that is because the bathrooms available are absolutely disgusting.

People throw paper towels on the ground, fill the toilets to the brim with toilet paper, smash fruit don the ground and clog the sinks with paper towels and food items. There is almost always urine or soiled toilet paper on the rim of the toilet seat, and sometimes even a urinal overflowing because someone thought “You know what? I think I’ll purposely make this urinal unusable by flushing it over and over until it breaks.”

It makes the matter worse when people insist on using the clearly flooded urinal. There aren’t even paper towel and toilet paper dispensers sometimes because they’ve been torn of the walls.

Not to mention that the smell is almost always absolutely atrocious. Dr. Oryla Wiedoeft described a scenario in which the toilet paper littered the floor along with urine.

I fail to understand why it is so hard for some boys at this school to use the bathrooms properly like a decent human being. What is the point of making the bathroom disgusting? How is it fun or cool to make an experience in the boy’s bathroom that much more unpleasant?

To those people who take part in the destruction, what you do affects everyone not just those who use the restroom.

Ever wonder why the boy’s bathrooms are closed so often? It’s usually because they’re fixing bathrooms that have been damaged by students.

The boy’s bathroom on the first floor in the main building had to be dismantled and reconstructed because of the damage, to the toilets mostly, caused by those who took part on the aforementioned destruction. According to Dr. Wiedoeft, it cost a grand total of $10 thousand to take care of. $10 thousand which could’ve been used on something positive and constructive for our school such as field trips and better school supplies. That money went down the drain because people didn’t want to use the bathroom the way it was intended to be used.

Dr. Wiedoeft is proposing a task force for students during free periods. The job of such task force would be to make sure that people aren’t going in the bathrooms and doing anything they should not be doing. That job would be an opportunity to earn community service hours.

“In order for things to change, we all have to be on the same team,” said Dr. Wiedoeft.