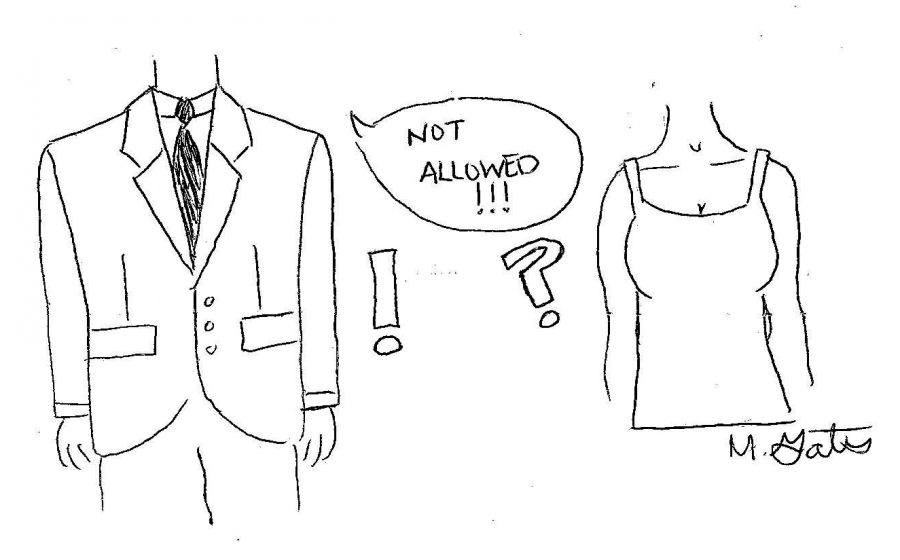 The main issue is that the dress code implies that the school administration or Los Angeles Unified School District in general has problems with girls being too ” promiscuous,” “provocative” or “distracting” at school.

A lot of boys will talk about a girl and mention something about the girl’s body or how they wore a particular type of clothing to ” show off.” In actuality, girls are dressing for themselves, not to draw attention to themselves.

In school we are taught to be kind and respect one another, yet often girls are embarrassed by teachers when they are sent out of class or stopped by administrators only to be told that a part of their body or the clothes that they are wearing are too distracting for boys or are inappropriate for school.

Girls are undeniably targeted more than guys for being in violation of the dress code. It’s rare that you see male individuals pulled aside or sent out of class for inappropriate shirts or sagging pants. Why should they be an exception?

Olivia Altlas, a junior, got dress-coded before and said that the experience was senseless.

“The teacher called me out and said that my midriff was inappropriate. He said it wasn’t the attire I should be wearing to school. I was wearing a long sleeve crop top and high-waisted jeans, and about an inch of my stomach was showing. It was really annoying and wasted my class time, ” said Atlas, who was sent to the office despite adjusting her clothes.

Another student also got dress-coded and the administrator was extremely impolite.

Ashley Lopez, a senior, said ” I got dress-coded twice last year and the administrators were super rude both times. They asked why I came to school naked. I was literally showing about an inch or less of my stomach while I had my arms up tying my hair. They also said,’ Does your mom know you walked out of the class like that?’ I was like ‘ Obviously, she drops me off at school.'”

Who decided what is appropriate to wear for school? Honestly, like what is so distracting about a shoulder or two inches of skin?

Most students probably agree that the dress code shouldn’t single out girls or be so specific. Also, teachers should focus on teaching given the short time they have with students instead of wasting time on a student’s attire. Leave the job of enforcing the dress code to administrators.