These Punx are Ready to Make Change in the World 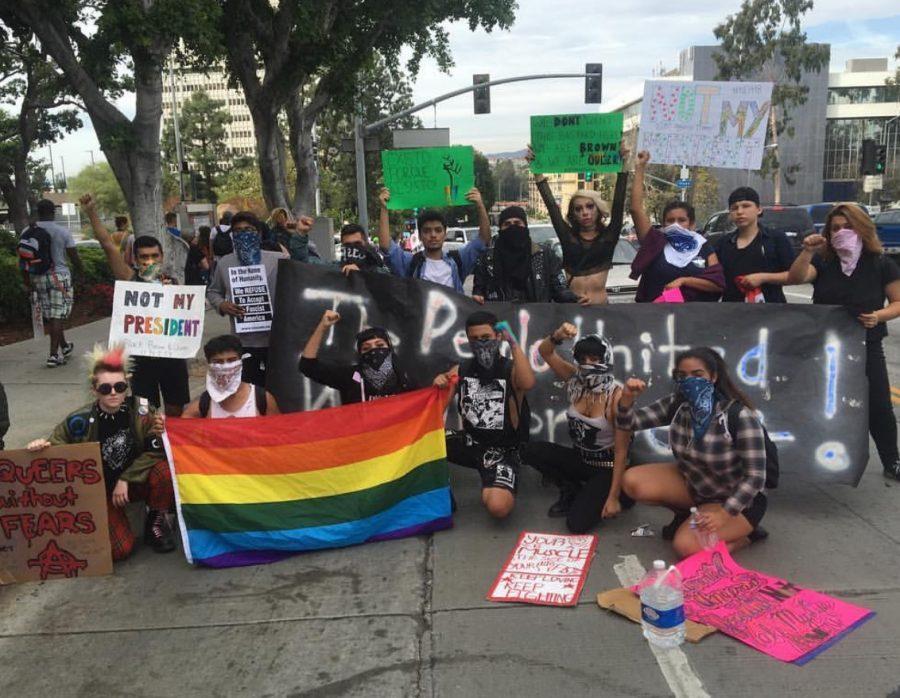 Up The Queer Punx is a locally based social movement based in the underclass communities of Los Angeles, founded to fight for the vindication of the LGBTQ+ community, people of color, people in poverty and other minority groups. It was built by the youth who desire to effectively amend both the punk and queer communities, including some Venice students.

“I was inspired to start this because of the fights that constantly break out between punks and queers at shows,” said junior Anthony Martinez, founder of Up The Queer Punx.

“This homophobe at a show wanted to fight my friend just because they were queer… so that’s when I thought I should start a thing where queer people could feel safe in the punk scene,” said Martinez.

When asked what he hoped to achieve from Up The Queer Punx, Martinez said he wants to bring unity between the punk and LGBTQ+ communities.

As of recently, UTQP have been participating in the marches against Trump, the most recent one was Nov. 12 in Downtown LA.

The first backyard show held by Up The Queer Punx was on Dec. 2 in South Central, Los Angeles. Several bands played and many drag queens performed. They also had piñatas, film photographers and vendors such as Zeta Zine who sold zines on different issues and Tochtli Collective sold shirts and patches.

Up The Queer Punx will be hosting more backyard shows like this in the future, as well as rallies and community service such as providing food for the homeless, said Martinez. They hope to raise awareness on vital issues like oppression against the Latino community, fascism, patriarchy, discrimination against people of the LGBTQ+ community, gentrification and police brutality.

“We will not tolerate any homophobia, transphobia, racism, sexism or any kind of oppression. We’re here. We’re queer. Get used to it.” –Up The Queer Punx on Instagram.