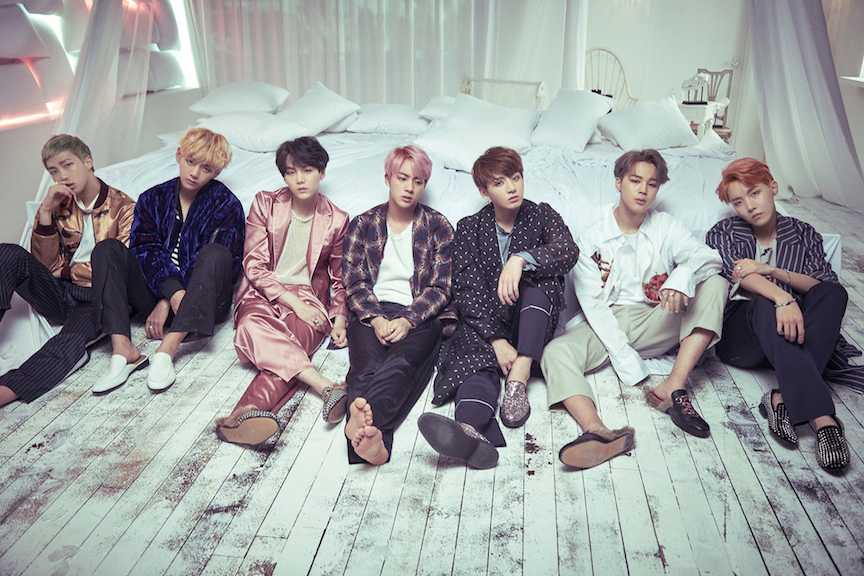 Bangtan Sonyeondan, better known as BTS, is a 7-member South Korean boy band. The group consists of vocalists Jin, V, Jimin, Jungkook, and rappers Suga, Rap Monster, and J-Hope. BTS released their second full-length album, Wings, on Oct. 10. This album is in Korean, but the songs feature quite a bit of English. Wings is the best selling K-pop album in the United States, beating out the albums by competitors Big Bang and 2NE1 combined.

This track opens the album. It’s one that makes you wish it were a full track, instead of a two-minute introductory song. The intensity of the song is an excellent opener to this strong and sentimental album.

Blood, Sweat, and Tears tells a story about giving into temptation, as shown with the imagery of the angel and devil in the music video. The song itself starts strong and ends strong, with beats that leave you pressing the ‘replay’ button. The variety of sounds gives a very different feel to the song, but a good kind of different. It’s a kind of different that deemed this song as my personal favorite on the album.

This song is the beginning of the member solo songs. In Begin, Jungkook delivers a powerful message about the love he has for his bandmates. The song is sweet and soft in the beginning, and while it speeds up later on, it still keeps the mood. This song is an incredible display of talent from the group’s youngest member.

Jimin’s vocals really shine in his solo song. The song has a dark sort of vibe, which matches the lyrics perfectly. His high notes when singing the line “caught in a lie” make the song especially great. The buildup to the chorus is phenomenal; it makes you hope this song is up next on your playlist.

Completely different from the kind of music BTS usually produces; Taehyung’s Stigma is passionate and soulful. The vocals are stunning and you can really see how his voice sets him apart from the other members. Beautiful and soft, Stigma is well worth the listen.

Suga’s solo is one that’s very mellow in the beginning but has an incredible intensity. You can hear in Suga’s voice that he’s pouring all of his emotions directly into his lyrics, which make it all the more meaningful. The lyrics are personal and deep, which can be felt even if you don’t understand Korean.

Rap Monster’s use of English has always been a strong point in his raps, because he is incredibly skilled at combining two languages into one song and still have the lyrics work well and make sense. This song is about himself and his own self-image, which is apparent with the lines “I am all of my joy and anxiety” and “I wish I could love myself”.

J-Hope’s song, MAMA, is a personal favorite of mine. It’s upbeat, fun, and touching. His solo is all about his mom and the bond they share. The song takes you back in time to when J-Hope was first starting out as a dancer. He thanks his mom for all the support she gave him and how that helped him get to where he is now.

A slow start with soft vocals and piano and violin makes this song very gentle and well suited to Jin’s voice. The song sticks with the same sort of tone, but does not bore the listener. If you’re someone who likes ballads, this is a song for you.

This song is one that very much focuses on the vocalists and leaves the rappers on the sidelines. The lack of their usual raps is easily made up with amazing skill of the vocalists. A consistent and lovely melody makes the song especially anticipated.

Part 4 of the Cypher track series has been anticipated ever since the release of BTS Cypher Pt. 3: KILLER. This intense rap-only track has fierce beats and powerful lyrics. BTS Cypher 4 is sure to get your blood pumping.

The style of this song is very flexible and extremely fun to listen to. It’s a bit wild and the lyrics match up to the theme of “crazy kids”. It’s pleasant change from the maturity of the rest of the album.

Much like Am I Wrong, this song is also fun and upbeat. This one is all about empowering women, with lyrics directly to girls saying “tell them you’re strong, tell them you’re enough”. There isn’t a single slow or boring moment in this great song.

subdued than the wild beats that made them famous. This song is about forgetting all of the bad and being thankful for what you have. “Smile holding onto each other’s hands.”

This song is upbeat and fun, which closes up the album perfectly. Like the opening, this song is only two minutes long, but this hardworking group makes it work extremely well.