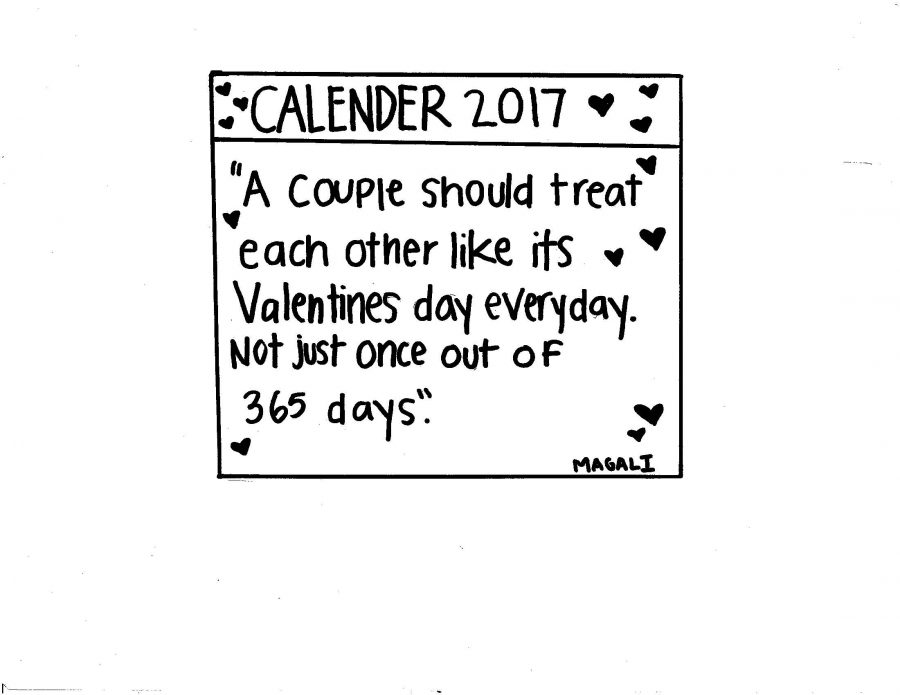 People treat Valentine’s day as an excuse to overtly show affection to their significant other or to build up enough courage to tell someone they like them. People go on dates just because they feel that’s what they have to do, when usually they would not care to. They spend money on gifts that stores tell them they “have to buy” in order to be the best partner despite the fact that it’s just cheap candy and an old smelly bear that’s been sitting in the grocery store for two months.

Sometimes store-bought presents are an easy out for both girls and guys. The stores already assume what gifts the girl or guy would want on the holiday. Supposedly, flowers, candy and stuffed animals are everything we have ever wanted but, just because you spend money on something doesn’t mean it’s heartfelt.

A sincere gift doesn’t have to cost anything at all. It could be a written letter, homemade card, heartfelt mixtape etc. These ideas make it more personal for the significant other on Valentine’s Day.

If you are planning to go on a date, it doesn’t have to be the 14th, you can go on a date any day of the year, any day of the week. A spontaneous date is better than a date on a planned day. It shows that you care to be with the person, because you miss them or want to spend time with them.