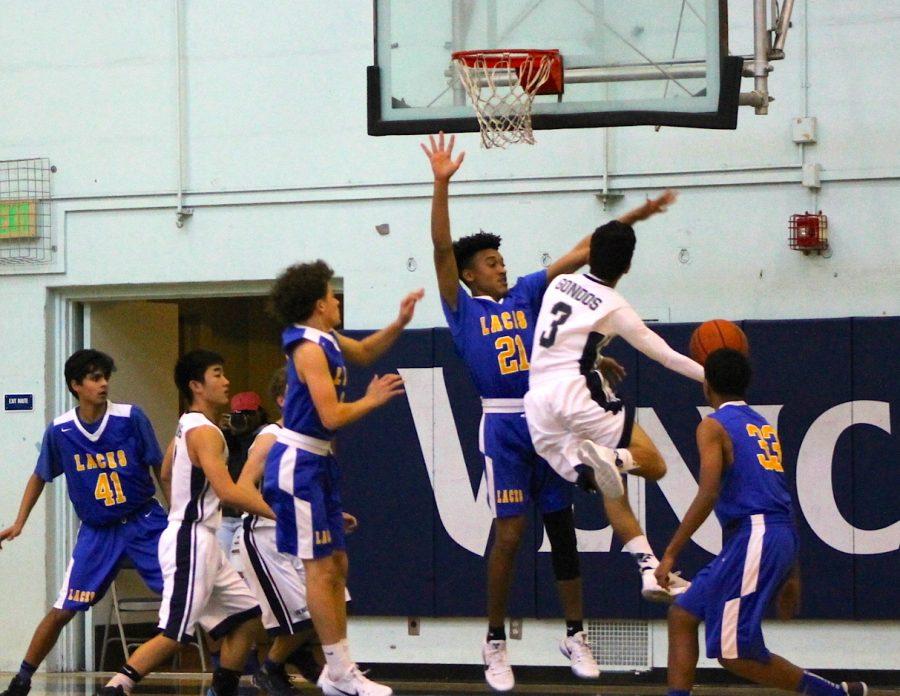 On Feb. 8, the seniors on the boys varsity basketball team played their final league game at Venice High. They took on University High School for their Senior Night where unfortunately, they lost 70 – 60. The team ends their season with a league record of 3 – 9, which still qualified them for playoffs.

They celebrated their senior night with a small ceremony before the game started. The seniors’ names were announced, and family members came down from the stands to take pictures of the players and the posters made by the rest of their team members.             “They played strong” said Coach David Galley. “ The seniors took care of business and I can’t be mad at them.”

In the 2015 – 2016 season, the boys made it all the way to playoffs but they lost to Bernstein High with an ending score of 86 – 80. The boys were upset because they were close to victory.

“We started off strong,” said senior captain Jordan West, “but we got tired and fatigued toward the end of the game.”

“We weren’t that close at the beginning of the season because it was a new team so communication wasn’t strong,” said senior captain Ryan Lee. “But it got better as we played more games together.”