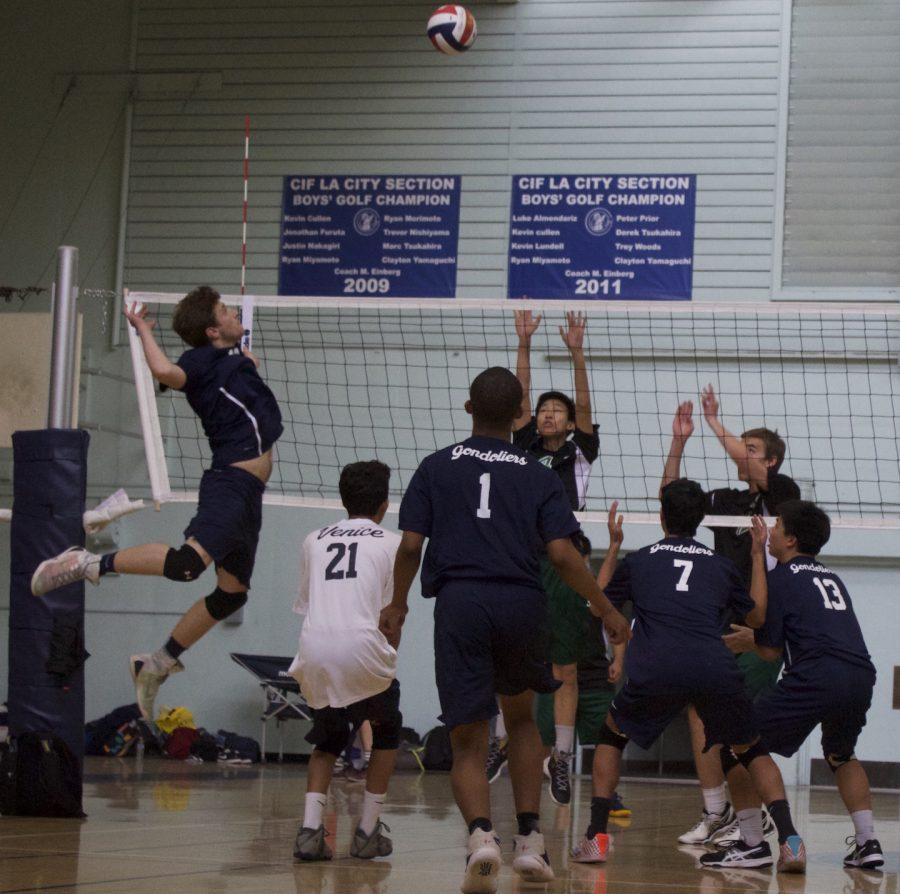 The boys volleyball team season officially started on Mar. 13 against Palisades at Palisades High School, which is the boys’ rivals.

The team hosted a season opening tournament here on Mar.10 through Mar.11.

“I expect the gentleman to work as a cohesive unit and work as a team,” said Head Coach Robin Hunt.

The team members say that they have a strong team and are coming along slowly, mainly because of injuries. They view themselves as a good hitting and blocking team.

The team lost to Taft high school at Taft on Mar. 2 with an ending score of 3-0.

“I think this year we have a lot of good seniors and underclassmen on varsity. By the time of playoffs, we should become a confident team,” said senior Scott Kenberg.

The boys junior varsity team has started their season off on the right foot. They have a record of 3-1 so far.

“I feel that we are off to a good start and if we keep this up we can go pretty far,” said junior varsity player Jared Yuge.