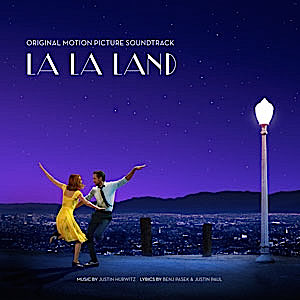 The soundtrack to “La La Land” is perfect for the film, but not ideal to listen to without watching the film. Only musical theater enthusiasts will listen to the songs in their daily lives.

However, that said,  “La La Land” is full of enjoyable, well written show tunes such as “Another Day of Sun,” “Someone In The Crowd, and “A Lovely Night.” “City of Stars” and “Audition” are the two best songs due to their melancholy sentiment. Although theatrical, those songs are the two that got nominated for “Best Original Song” at the Oscars for a reason. They could be played on Top 40 radio.

John Legend has a funk song on the soundtrack,“Start A Fire,” which sounds a bit out of place when listening to the album. However, with the exception of a corny synthesizer solo, it is a good song. Legend is a perfect fit for the soundtrack.

The score of composer  Justin Hurwitz (“Whiplash,” “Guy and Madeline on a Park Bench”) is beautiful and transcends time with its 1940s feel. With the exception of “Start A Fire,” Hurwitz wrote all the songs too which I must say is impressive.

Overall, the “La La Land” soundtrack does a great job at what it’s supposed to do. It doesn’t even really matter that actors Emma Stone and Ryan Gosling are just average singers, because when you listen to the song, you hear the character from the film singing and not the actor.