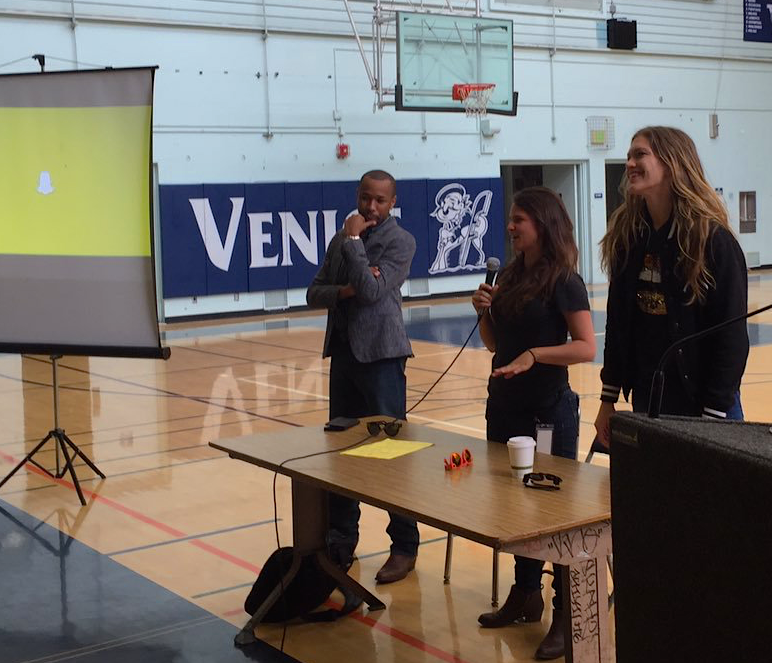 The social media application Snapchat, which is headquartered in Venice, has adopted Venice High School.

Snapchat officials met with Principal Oryla Wiedoeft, and told her there are quite a few tasks they would like to accomplish at Venice High School.

Snapchat is also offering summer internships for a select few of the students at the school. Anywhere from two to four kids could be selected to work at the Snapchat headquarters on Ocean Front Walk.

The employees presented had a slide show of various statistics about Snapchat. The slide show contained information including how many people use Snapchat daily, how many stories that are watched daily, and how many people have a Snapchat account in the world. Students were astonished of the high numbers.