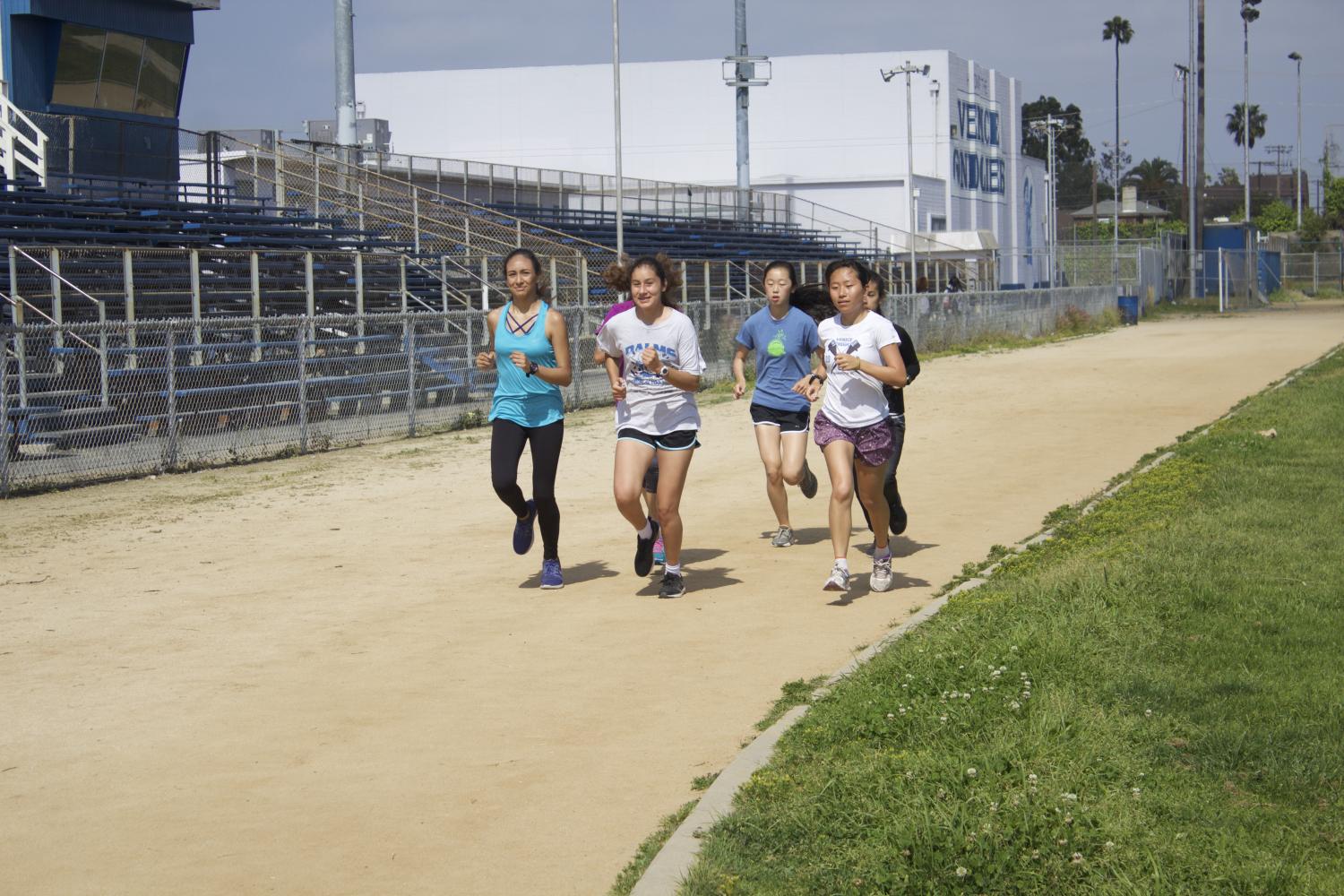 The track team season has officially started on March 4 in an Invitational meet at Culver High. The team has competed against University High, Hamilton High, Fairfax High, and Westchester High.
According to the team captains Imari Stevenson and Wil Beltan, the sprint track team’s chemistry isn’t at its best because of the fact that a lot of people are new. The team’s strong suits are in relay races and running as individuals.
“The faster you go, the faster you finish,” said Beltan.
The team hopes to get stronger as the season progresses.
“What you call hell week is what we call warm-ups,” said Stevenson, who is determined to pass any obstacles that stand in her way and the way of her teammates.
The chemistry of the distance runners is great, according to Beltan and Stevenson, due to the fact that they have been running together since cross-country season last fall and know how to push each other.
The distance track team also has a really strong freshman-sophomore team, which brings positive hope for the future.
“A good start, but a lot of room for improvement,” said team captain Jesse Reyes.
Members from the team have the leading records in the Western League, rivaling Palisades High.
“I like to leave it all on the track,” said team captain Fiona De Rego, who likes to give her all on every meet.
Both the track sprint team and the distance track team feel really confident about the season that has approached.